Whoops! Ashton Kutcher accidentally ran his car into a manny on his scooter who was on his way to pick up kids from school. We’ve got details on how the guy is doing.

Scooters are all the rage in LA right now, and a 19-year-old manny was aboard one and carrying another when he was on his way to pick up children at a Hollywood school. Then he had an unexpected celebrity encounter but in a painful way. 19-year-old Leo Marenghi tells TMZ he was scooting his way down the sidewalk outside of Sunset Bronson Studios in Hollywood when none other than Ashton Kutcher, 40, pulled out and allegedly hit him with his car.

Ever the eco-conscious Ashton was driving a black Tesla when Leo says he pulled out of the lot and struck him, telling the site that the impact “propelled him into the air and he landed in the street.”  Fortunately Leo only suffered a few bloody scrapes to his knee, shown photos he provided to TMZ.

Father of two Ashton did the right thing and got out of his car to make sure Leo was okay. Since he wasn’t seriously injured, paramedics weren’t called. But the teenage manny did have one demand of the actor who hit him with his car — a picture together! Leo provided TMZ with a photo showing Ashton in a red hoodie sweatshirt, black jeans and a backwards baseball cap with one arm around Leo and the other up in the air with a “what can a do?” gesture and look on his face. 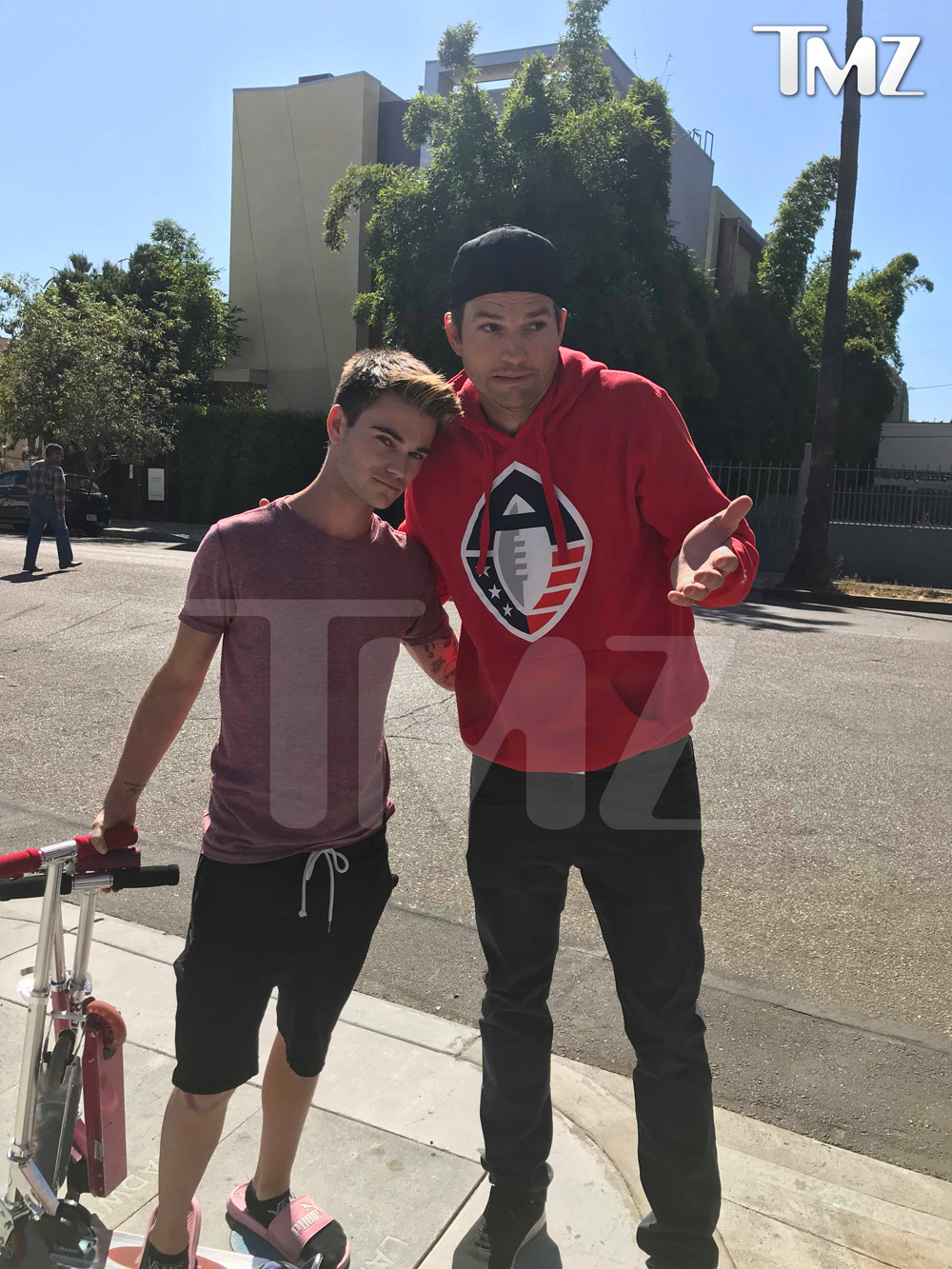 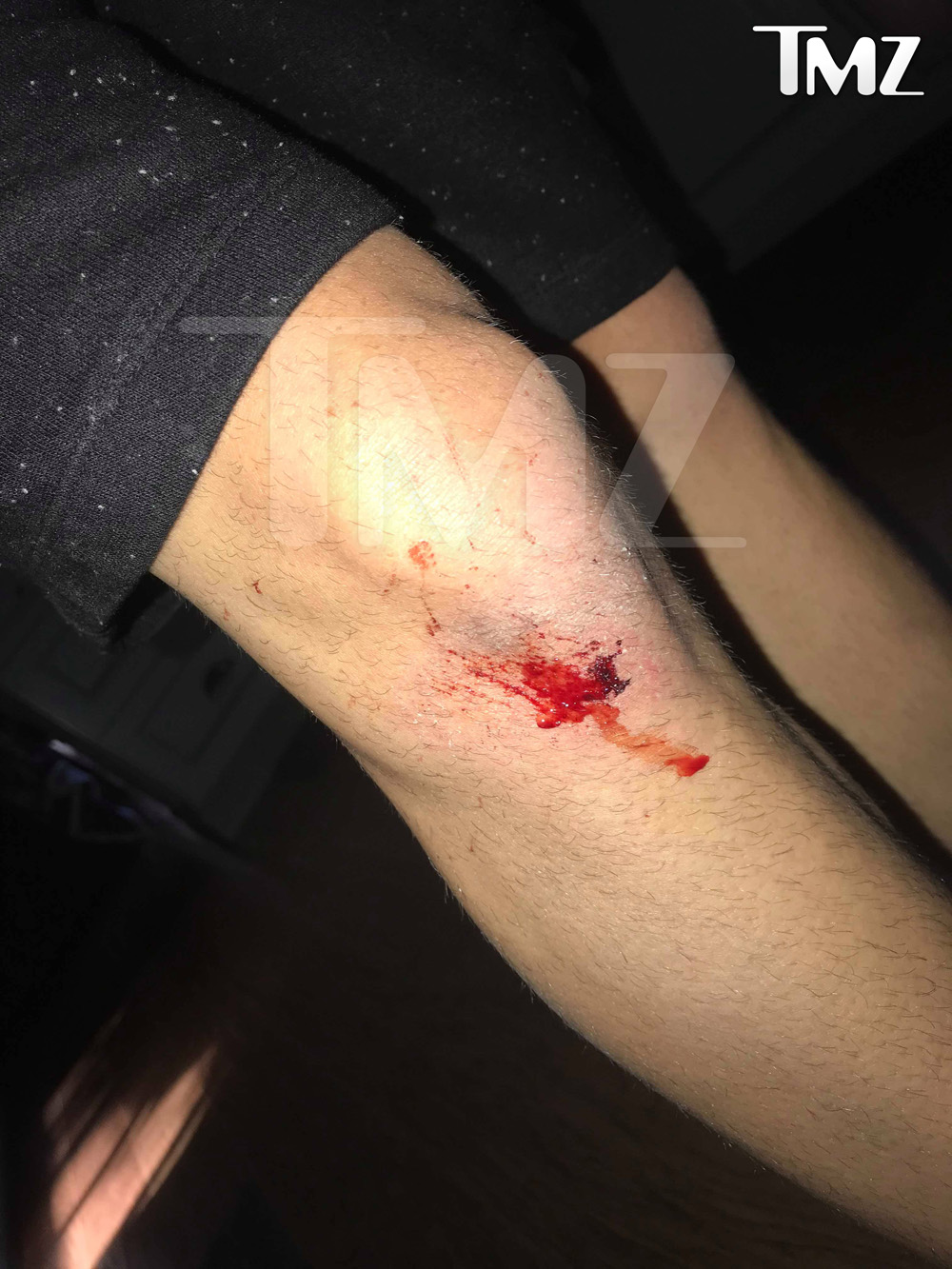 Leo seems none the worse for the wear, as he cleaned the blood off his legs before posing with the actor. Ashton is 6’2″ so he towers over the young manny, who is seen with the scooter he was riding on plus a spare for the children he was picking up at school.  He’s also rocking the Kanye West trend of oversized slides with socks. Thank goodness for a safe ending!