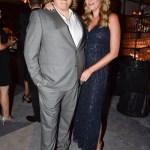 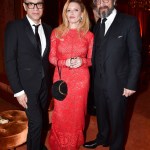 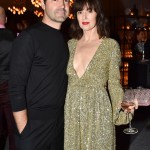 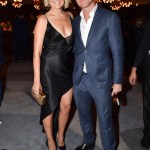 Netflix celebrated their incredible 112 Emmy Award nominations this year with a fun-filled bash on the night of Sept. 17 and it brought out some of the network’s biggest stars!

Netflix has become one of the most popular networks in streaming services over the past few years and their 112 2018 Emmy Award nominations prove that! The network celebrated the impressive credentials with a post Emmys party unlike any other on  Sept. 17 and we have some of the best pics from the eventful night! The party took place at NeueHouse in Los Angeles and it brought out many celebrities looking their best in honor of the network and the Emmys.

Married couple Ron Livingston and Rosemarie DeWitt looked wonderful in their fashion choices for the night. Ron decided to go casually classy in all black while Rosemarie looked sexy in a gold-colored dress with a plunging neck line. Fortune Feimster and Jacquelyn Smith were all smiles when they posed together for the event. Fortune chose a gray and white suit while Jacquelyn chose a dark blue sequined gown. Fred Armisen, Natasha Lyonne and Marc Maron also posed for a stunning pic together. Both men wore classic black and white suits and Natasha wore a sheer red dress. Malin Ackerman flaunted her fit body in silky black dress and Cindy Holland, Veena Sud and Regina King stopped for a picture in their impressive ensembles.

With many entertaining televisions shows, including The Crown, Stranger Things, and Glow, it’s not too surprising that Netflix knocked HBO off the top slot for most Emmy nominations from a television network this year. The streaming service has become extremely popular for its wide variety of both new and old shows as well as originals and doesn’t seem to be backing down anytime soon. We can’t wait to see what they have in store for 2019. Since a lot of television seems to be switching over to streaming services like Netflix and beyond, they just seem to be getting better and better as the years go by.