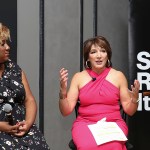 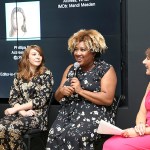 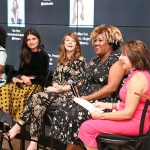 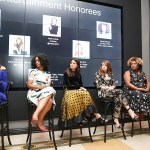 Actress Kayli Carter has some empowering words of advice for all young women — ‘your past mistakes’ are essential for your future success.

Kayli Carter wants all young women to know that often the obstacles that they face in life, will actually prove to be their stepping stones to success. She shared her encouragement at the GenNext Awards, sponsored by HollywoodLife, SheRunsIt and Forbes, where she was honored for her inspiring career accomplishments. The star of Netflix’s family drama film, Private Life, told HollywoodLife EXCLUSIVELY, “You’re gonna make mistakes and you’re gonna do things wrong and things aren’t gonna work out — and that’s a really good thing. Because when things do work out, you’ll be ready.”

Kayli, who also appeared in the Emmy-nominated Godless series, is also committed to becoming a strong supporter of the trans community. “My brother came out as trans about a year ago, and so I’ve been trying to figure out how I can be involved as a better ally and a better sister and figure out how to hear what he’s going through,” the star went on to say. “I saw that yesterday they were talking about the first ever suicide hotline for trans people, which is incredibly important and made me feel like those things are moving in the right direction.”

Kayli also gushed about what it means to be honored at the GenNext Awards, which recognizes women under 35. “I think that it’s really incredible that they’re focusing on young women who are trying to enter into this industry at a time where women are really stepping to the forefront and banding together and saying, ‘This is what we deserve; this is what we’re worth,'” she went on to say. “And this group of women is no different. Really excellent people.” Kayli was joined by four other of HollywoodLife’s honorees on Sep. 13, including Hamilton‘s Phillipa Soo, Full Frontal’s Ashley Nicole Black, Saint Joan‘s Mandi Masden and NYC Ballet’s Tiler Peck. Watch our entire pink carpet interview with Kayli above!