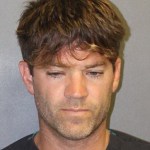 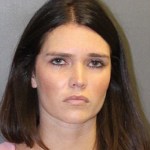 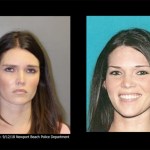 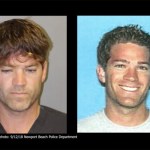 Glamorous couple Grant Robicheaux and Cerissa Riley have been hit with some ugly criminal charges, after being accused of plying women with drugs and allegedly sexually assaulting them.

On the surface they look like the perfect couple. Orthopedic surgeon Grant Robicheaux, 38, and his dance teacher girlfriend Cerissa Riley, 32, seem like a glamorous Orange County, California boyfriend and girlfriend. He even once appeared in one episode of the short-lived 2014 Bravo reality TV series, Online Dating Rituals of the American Male. But, on Sept. 18, the Newport Beach doctor became famous for all the wrong reasons when he and Cerissa were both charged with drugging and raping two women and filming the assault of at least one, according to the Orange County District Attorney’s Office. Shockingly, police believe Grant and Cerissa sought out their alleged victims in bars and allegedly plied them with alcohol, before taking them back to the surgeon’s Newport Beach apartment where the OCDA claims the drugging and assaults took place.

OC District Attorney Tony Rackauckas addressed the jaw-dropping accusations in a press conference in Santa Ana on Sept. 18, telling the media that the couple were charged with assaulting two women in particular. According to authorities, in April 2016 Grant and Clarissa met with the first alleged victim (Jane Doe 1) at a Newport Beach restaurant. They’re accused of inviting her to a party and taking her back to the surgeon’s apartment once she was drunk. Grant and Cerissa are then accused of drugging, “raping and orally copulating” the alleged victim who was unable to resist because she was intoxicated and drugged. The following day Jane Doe 1 contacted Newport Beach Police, was forensically examined and the results tested positive for “multiple controlled substances.”

Six months later, on Oct. 2, it’s alleged that a similar incident took place with Jane Doe 2, who claims Grant and Cerissa “sexually assaulted her with intent to commit rape,” according to the DA. But, on this occasion, the victim awoke, screamed for help and the cops were called by a neighbor. Two years later Grant and Cerissa are in police custody, but the DA is convinced that Jane Does 1 and 2 are not the only victims. Why? Because investigators claim to have found videos and pictures on the couple’s phones, which allegedly show upwards of 1,000 other women being assaulted and raped. Police also noted that the pair traveled to music festivals across the U.S. adding to fears that there may be other victims out there. The DA told reporters at the press conference, “We have all heard of a wolf dressed up in sheep’s clothing. Well, a wolf can wear scrubs or doctors’ clothing. Or the wolf can be a beautiful woman.”

Grant and Cerissa both face charges of rape by use of drugs, oral copulation by anesthesia or a controlled substance, and assault to commit sexual offence. Despite these charges and alleged evidence, Grant and Cerissa both claim they’re not guilty. Attorneys representing them both released a joint statement, according to ABC7 Eyewitness News. “All allegations of non-consensual sex are unequivocally denied by Grant Robicheaux and his girlfriend Cerissa Riley,” the statement said. “They have been aware of these accusations for a number of months, and each of them will formally deny the truth of these allegations at their first opportunity in court. Dr. Robicheaux and Ms. Riley believe that such allegations do a disservice to, and dangerously undermine, the true victims of sexual assault, and they are eager to have the proper spotlight shed on this case in a public trial.” Grant and Cerissa are due in court on Oct. 24. He faces 40 years in prison and she could receive a maximum of 30 years and eight months if found guilty. HollywoodLife contacted Bravo for comment on Grant’s arrest.