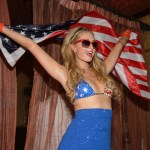 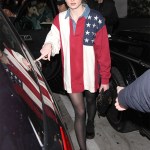 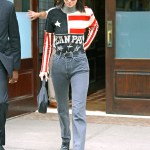 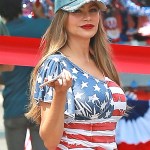 America may have been born on the fourth of July, but Sept. 17 marks the day the United States guaranteed the rights of its citizens with the Constitution. Find out the history behind Constitution Day.

Happy Constitution Day, America. While the United States gets patriotic on July 4th, Sept. 17 is just as important as the country’s Independence Day. The signing of the United States Constitution set up the framework for the federal government, including the separation of legislative, executive and judicial powers. Through the subsequent amendments – with the first ten being known collectively as the Bill of Rights – the Constitution would come to embody America’s freedoms and liberties. While it has never been a perfect document (especially if you ask a woman or a black person before 1920 or 1865, respectively) it’s a symbol many patriotic Americans hold dear. So, what is Constitution day?

1. Constitution Day honors the day the document was signed. On Sept. 17, 1787, three years after the Revolutionary war ended and a full decade following the signing of the Declaration of Independence, a “grand convention” was held to discuss the flimsy and failing Article of Confederation. The United States weren’t that united – states had their own naval forces, pursued their own foreign policies and issued their own currency , according to Time – and so political bigwigs attempted to get the United States’ act together. 77 delegates from all the states were invited. Only 55 showed up to hammer out a document that would set up a federal government. 39 of the remaining delegates signed the document on Sept. 17.

2. It’s not a federal holiday. It’s a federal observance, which means schools, banks, and stores are open. Sorry, kids. No day off for you.

3. It’s not even that old. Constitution Day became a federally mandated observance in 2004 when Senator Robert C. Byrd of West Virginia tucked in the necessary legislation to make it a holiday into the Omnibus Spending Bill of 2004, according to Slate. The law provides that all educational institutions receiving federal funds must offer up some educational program about the Constitution. The language of the law is a bit ambiguous, as in 2005, massage schools and cosmetology programs receiving federal funds were panicked over whether or not they have to teach their students about the Constitution.

4. It used to be known as “I am An American Day.” Arthur Pine, a head of PR firm in New York, invited “I Am An American Day” as a way to promote a new Gary Gordon song, “I Am An American.” Publishing giant William Randolph Hearst pressured Congress in 1940 to rename the third Sunday in May to “I Am An American Day,” as a public recognition of all those who attained American citizenship (an aspect also established in the Constitution.) In 1952, the observance was moved to Sept. 17, the day the constitution was signed. It wasn’t known as “Constitution Day” until Sen. Byrd’s sneaky tacked-on legislation in 2004.

5. Ironically, “Constitution Day” may be unconstitutional. The Tenth amendment says that “powers not delegated to the United States by the Constitution, nor prohibited by it to the states, are served to the States respectively, or to the people.” This means the federal government can’t really dictate what the states teach in school. Because the federal government can’t dictate what states teach, there’s no required curriculum for Constitution Day. So, celebrate it as however you see fit!