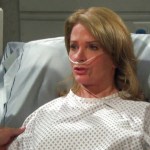 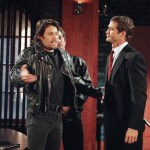 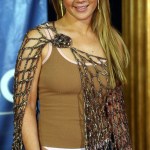 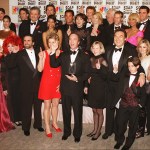 Now this is one heck of a twist. Marlena comes out of her coma on the Sept. 17 episode of ‘Days of Our Lives,’ but there’s something wrong. Here’s what we know about what’s to come!

Marlena (Deidre Hall) was taken off life support, but she’s not gone for good. She wakes up on the Sept. 17 episode of Days of Our Lives, but she’s a little off. Her family is over the moon that she wakes up. They thought she was gone for good. Sami (Alison Sweeney) cries in the promo, “You’re going to be OK.” Marlena snaps back, “No thanks to you.” She later adds, “Get her out of here before she finishes me off.” Sami is the one who accidentally shot Marlena and put her in the hospital in the first place. She is stunned at her mother’s sudden change.

Later, she snaps at Belle (Martha Madison) when her daughter brings her roses. Marlena may not be acting like herself, but at least she’s alive. So, what’s happened to Marlena? According to Soap Dirt, Marlena wakes up as Hattie Adams, a woman who bears a strong resemblance to Marlena. John and Kayla came up with a plan to keep Marlena on an abandoned floor of the hospital and keep her alive on life support, the outlet reports. Hattie pretends to be Marlena to keep the secret. Just another day in Salem!

Marlena comes out of her coma, but she's definitely not herself. Watch Days of our Lives, weekdays on NBC. pic.twitter.com/DqLbOXJqJa

Marlena has been through quite the wringer over the years, but she’s not done yet. She’s Marlena, after all! How long will John (Drake Hogestyn) and Kayla keep Marlena on life support? Could she up dying for real? Days of Our Lives airs weekdays at 12 p.m. on NBC.