Tina Fey knows how to do the Emmys! The show’s veteran rocked the red carpet in a plunging, floral Elie Saab number that you have to see! — Check out her look here!

If there’s one star who knows how to ace the Emmys red carpet, it’s Tina Fey! The comedian and actress, 48, stunned in a floral, velvet and lace gown by Elie Saab at the annual awards show. The gown, an Autumn/Winter 2018 Pret-A-Porter Collection piece, featured a deep v-neckline, fitted waist and was pleating throughout.— See her full red carpet look, below!

Tina is on hand to present at the 70th Primetime Emmy Awards at the Microsoft Theater at L.A. Live in Los Angeles on Monday, September 17. The comedian, who has nine Primetime Emmys herself, also has a big night ahead of her. Unbreakable Kimmy Schmidt, the show Tina created and produced in 2015, made history this year for tying the shortest season ever nominated for Best Comedy Series. At only six episodes, season four of Unbreakable Kimmy Schmidt now matches the previous record set by Kate & Allie (season one, 1984) and The Wonder Years (season one, 1988).

Speaking of nominations, for the first time in 18 years, Netflix beat HBO to earn the most nods, with 112 nominations, as opposed to HBO’s 108. Game of Thrones and Westworld were the most-nominated dramas, with 22 and 21 nominations, respectively. Saturday Night Live also is up for 21 awards, followed by The Handmaid’s Tale with 20, Atlanta with 16 and The Marvelous Mrs. Maisel with 14. The Crown, This Is Us and Stranger Things are all in the running for Emmys this year as well. 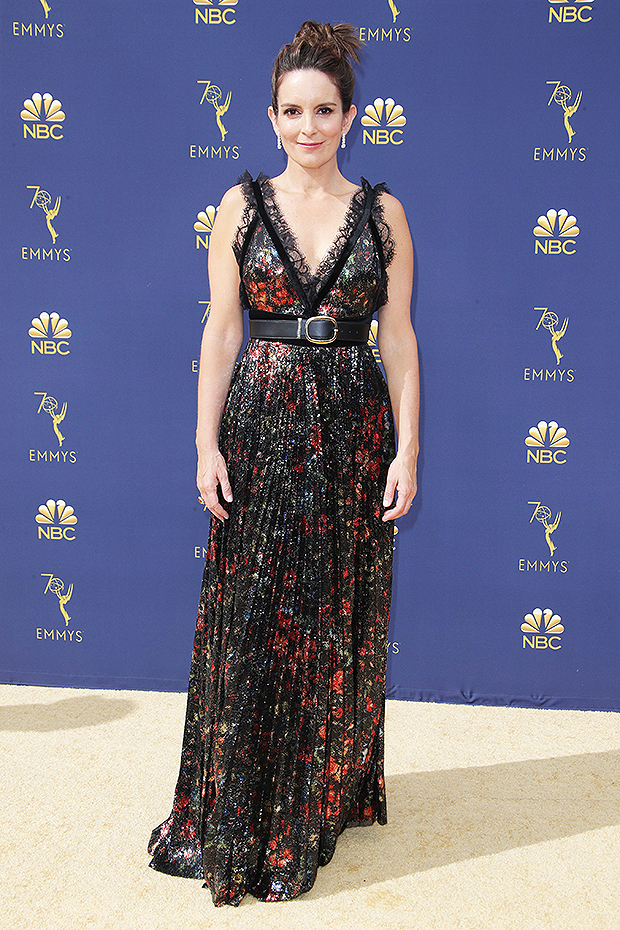 Tina Fey arrives to the 70th Annual Primetime Emmys at the Microsoft Theater in Los Angeles, California on September 17, 2018.