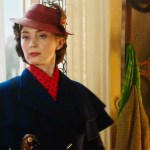 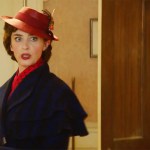 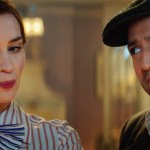 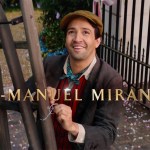 Mary Poppins has come back to look after the new Banks children! Emily Blunt delights as the most magical nanny in the official trailer for ‘Mary Poppins Returns!’ Watch now!

Michael (Ben Whishaw) and Jane Banks (Emily Mortimer) may have lost their way, but Mary Poppins isn’t going to let the stand for long. She descends from the sky like an angel in the official trailer for Mary Poppins Returns. As the trailer notes, the magic always returns. Mary enchants the next generation of Banks children with fascinating adventures when their parents fall on hard times.

The trailer features so many magical and musical moments with Mary, Jack (Lin-Manuel Miranda), and the Banks children. This is going to be the movie to see this holiday season. Emily Blunt proves to be the perfect Mary Poppins, taking over the role from the iconic Julie Andrews, who starred in the 1964 original. Julie also won the Oscar for Best Actress in a Leading Role the next year for playing Mary Poppins.

This is not a reboot, but a continuation of the story. Julie told HollywoodLife and other reporters in March 2018 that she thinks Emily is a “wonderful” choice to play Mary. “I admire her enormously. It’s just wonderful that she’s the new Poppins,” she said. “It’s not a remake, it’s a brand new one, based on all the other stories. But, I wish her well because I admire her. I have met her, and I think she’s wonderful.”

Mary Poppins Returns will hit theaters on Dec. 19. The movie also stars Meryl Streep, Angela Lansbury, Colin Firth, Julie Walters, and Dick Van Dyke. Dick, who played Bert alongside Julie, is up and dancing at 92 years old. He’s still got it after all these years!

The trailer ends with Mary saying “off we go” as she falls into a full bathtub. You got that right, Mary. It’s off to the next adventure!