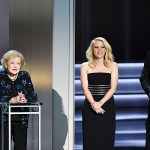 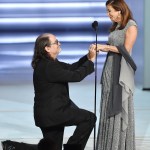 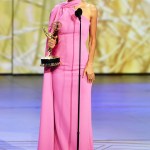 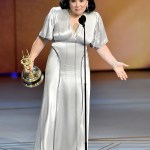 Mac Miller was among some stars shockingly missing from the Primetime Emmy Awards’ In Memoriam segment on Sept. 17 and fans are expressing their disappointment on social media.

Mac Miller who recently passed away from a shocking apparent drug overdose was not a part of the In Memoriam segment of the Primetime Emmy Awards on Sept. 17 and it’s left fans extremely upset. After including celebrities who weren’t known for television, including Aretha Franklin and John McCain, the late rapper’s fans simply can’t believe that he wasn’t a part of the touching segment especially since he was featured on various late night television specials in the past. Mac has appeared on shows such as  MTV’s Punk’d and his fans made their opinions known on Twitter right after the snub.

“Honestly it’s shady they didn’t put Mac Miller in the In Memoriam part of the Emmys like he had his own show smh,” one fan angrily tweeted. “If we aren’t limiting In Memoriam to just musicians and actors, why no Kate Spade or Mac Miller? I feel like other folks were missing too. Did Hef pass AFTER Tom Petty?  #Emmys2018,” another wrote.

“Let me see if I understand this, #Emmys, you’re gonna show sportscasters, Hugh Hefner and John McCain in your In Memoriam, but you’re going to exclude Mac Miller? Oh.. okay,” one fan asked. “they really not gonna put mac miller in the Emmy’s In Memoriam bit? rude & frankly a slap in our generation’s face,” another tweet read. In addition to Mac, designer Kate Spade was another notable late celeb that was left out of the In Memoriam segment.

If we aren’t limiting In Memoriam to just musicians and actors, why no Kate Spade or Mac Miller? I feel like other folks were missing too. Did Hef pass AFTER Tom Petty? 🤔 #Emmys2018

This isn’t the first time the In Memoriam segment of the awards show forgot late beloved stars. Last year’s Primetime Emmy Awards also left out many celebs, including Happy Days actress Erin Moran, The Sopranos actor Frank Vincent, and stand-up comedian Dick Gregory. Although some stars may not be included because of the timing of their passing, it’s still a shock to see when they don’t show up on the touching big screen video.

Unfortunately when a lot of celebrities die in one year, it can be difficult to include everyone since there’s only a set amount of time put aside for the emotional segment. This year, we lost some of the most memorable stars in the entertainment industry and despite some of the missing, the memorial feature was still a nice way to remember those included. Some of the stars featured in this year’s In Memoriam segment were Aretha, Burt Reynolds, and Robin Leach.