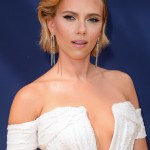 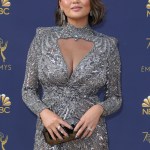 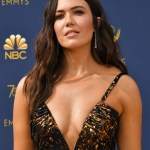 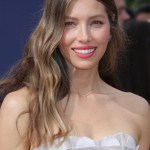 Major television stars like Mandy Moore, Jessica Biel and so many others looked beautiful at the Emmys on Sept. 17. See the best hair and makeup moments in photos below!

The biggest names in TV gathered together for the 70th annual Primetime Emmy Awards on Monday, September 17, 2018. Co-hosted by SNL‘s Michael Che and Colin Jost, the show was held from the Microsoft Theater in Los Angeles. Before the show, we had the red carpet, and stars did not disappoint! Colin’s girlfriend, actress and activist Scarlett Johansson looked so stunning with her blonde hair in slightly wet waves, back from her face. Makeup artist Frankie Boyd created Scarlett Johansson‘s stunning look using Pat McGrath Labs makeup.

Celebrity hairstylist Johnnie Sapong worked with actress Tracee Ellis Ross and Tym Wallace styled Taraji P. Henson. Issa Rae’s MUA Joanna Simkin used COVERGIRL products on the Insecure creator and star. Alison Brie, nominated for her work on Glow, rocked a gorgeous hairstyle. She was styled by Robert Vetica using Leonor Greyl products and Olivia Garden tools. Her makeup was thanks to artist Melanie Inglessis, who used Juice Beauty. Nominee Yvonne Strahovski from The Handmaid’s Tale was glowing because she is pregnant, but also from her Juice Beauty makeup! Presenter Constance Wu from Crazy Rich Asians and Fresh of the Boat was glammed by Celebrity hairstylist Derek Yuen using Leonor Greyl. Vanessa Kirby, who is nominated for Supporting Actress in a Drama Series for her role in Netflix’s The Crown, had a gorgeous updo thanks to Moroccanoil hairstylist Bryce Scarlett.