Couples who match together, stay together! Chris Pratt and Katherine Schwarzenegger look adorable on a sweet stroll, dressed in all black! See the photos from their latest outing and try not to melt over the cuteness!

Chris Pratt, 39, and Katherine Schwarzenegger, 28, are relationship and fashion goals! The couple donned all-black outfits during a sunny stroll in Los Angeles on Saturday, September 15. The actor and author kept it casual in athleisure, with Pratt wearing a black tee and dark sweatpants, and Katherine in black leggings and a matching crop top. Katherine showed off her toned abs and arms, as she hid behind dark sunnies and a baseball cap. Taking their clone couple status to the next level, Pratt too rocked dark shades and a baseball cap. — See their latest outing, below!

Their latest outing came after they returned from a romantic getaway to Napa Valley, CA over the September 8 weekend. Pratt and Katherine were spotted at the Round Pond Estate winery enjoying wine and mingling with friends. The winery’s Instagram page shared photos of the couple, including one of them gazing at each other, along with a group of people at the location. “What a weekend! We had the distinct please of hosting Mr. Chris Pratt and Miss Katherine Schwarzenegger and friends this past Saturday, and they are every bit warm and hilarious as you’d think!,” the caption for the photos read.

Pratt and Katherine have been stepping out together quite often, despite only dating for just a few months. They were all smiles after a date night at R&D Kitchen in Santa Monica, CA on Wednesday, August 29. The couple was photographed hand in hand, while on a sweet stroll after dinner. 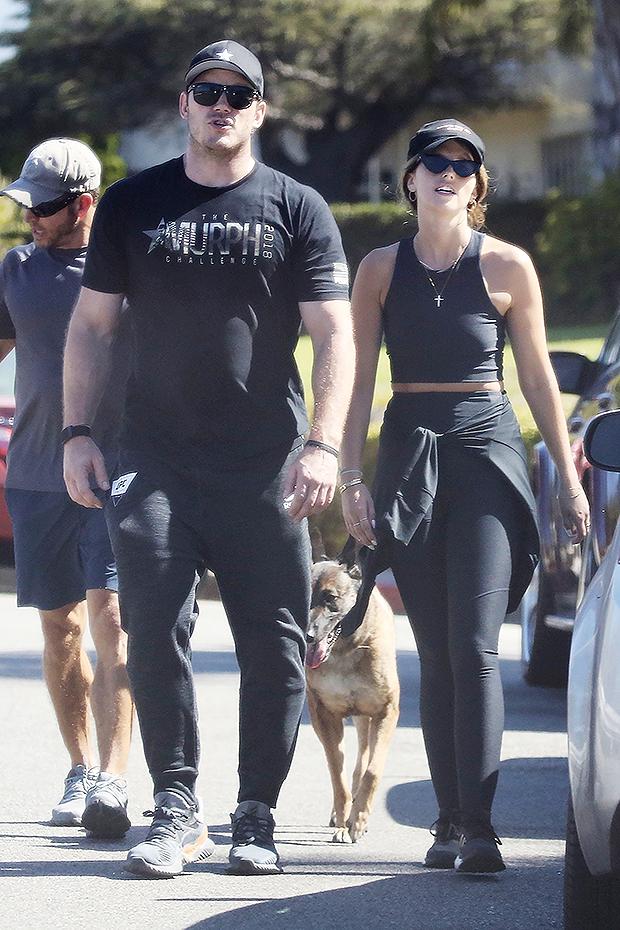 Chris Pratt and Katherine Schwarzenegger out for a stroll in Los Angeles, California on Saturday, September 15, 2018.

Pratt and Katherine have only been dating for a few months, having first stepped out together around Father’s Day in June 2018. While it’s unclear as to how they exactly got together, reports have claimed that it was Katherine’s mother, Maria Shriver, 62, who introduced them.

Pratt was perviously married to actress, Anna Faris, 41. The exes, who were married for eight years, first announced they were splitting on August 6, 2017 in a joint statement on Facebook. “Anna and I are sad to announce we are legally separating,” the statement said. “We tried hard for a long time, and we’re really disappointed.”

“Our son has two parents who love him very much and for his sake we want to keep this situation as private as possible moving forward,” they continued. “We still have love for each other, will always cherish our time together and continue to have the deepest respect for one another.” They share one child together, a son, Jack, 6.

Meanwhile, there’s been much speculation that Pratt is planning on proposing to Katherine sooner than later. So, we’ll have to see what happens!