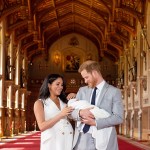 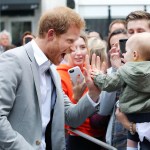 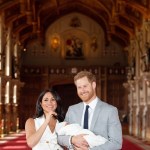 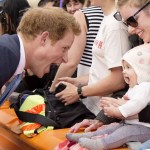 Prince Harry is in pure bliss with his new bride Meghan Markle and he’s not worrying about all the speculation about whether or not she’s pregnant. In fact, he’s in no rush to have a baby.

Prince Harry, 34, is absolutely in love with Meghan Markle, 37, and although he feels it would be great to start a family with her, he’s not worrying about when it will happen. “The first few months of marriage have been even better than Harry imagined they could possibly be, and he falls more in love with Meghan with each and every day,” a Palace insider EXCLUSIVELY told HollywoodLife. “He is so incredibly happy. After the initial post-wedding craziness, they are now finally settling into every day life, and starting to get their rhythm as a married couple, and they really are blissfully happy together. Harry would love for them to have children together, but he really is in no hurry, and right now he’s loving having Meghan to himself. In an ideal world, Meghan would fall pregnant next year, but Harry feels under no pressure to start a family, and figures it will happen when it happens.”

Meghan’s future pregnancy has been all the buzz lately so it’s good to know that Harry isn’t letting the constant baby bump seekers make him feel pressure to become a dad. The lovebirds have previously expressed that they would love to start a family but since they’ve only been married for almost four months, it’s understandable if they would like to wait a bit longer.

In addition to the baby speculation, Meghan and Harry have been capturing attention by being very busy with various public outings since saying “I do”. The royal couple have attended weddings, charity events and even went to see the popular play Hamilton all within the past few months. We think it’s safe to say that baby or not, these two know how to have a good time and will continue to do so in their happy future together!