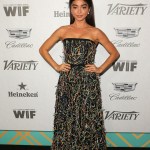 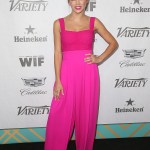 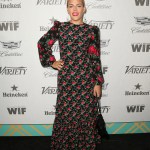 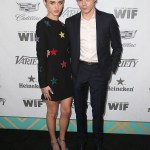 Noah Schnapp revealed to HL EXCLUSIVELY why he thinks the ‘Stranger Things’ characters are so relatable at the Variety & Women In Film’s Pre-Emmys party!

If some actors disappear into their roles, Noah Schnapp completely vanished into the part of Will Byers in Season 2. His nuanced performance of a young kid possessed by the inter-dimensional Mind Flayer was downright terrifying — but is it hard for him to watch himself on the show? “I mean, yes,” he told HollywoodLife EXCLUSIVELY at the Variety and Women’s Pre-Emmy party. “Actually on set, I remember, we were filming, and the director, Shawn Levy, he showed us one of the takes, and we all just started freaking out, like, ‘Oh my God, this is weird, and this is weird.’ He’s like, ‘This is why we don’t show you guys.’ … It’s so hard to watch myself.”

Noah went on to reveal the reason he believes so many people love the show. “I think, obviously the 80s, it’s so authentic,” he admitted. “I feel like, for me, I feel like the characters from the show just are all so relatable in their own way, and every character is kind of a person in our world that you can relate to. Even Eleven, who you would never relate to her, she’s a freak, and we all are, so I feel like it’s a good cast.”

And when it comes to the vibe of the upcoming Season Three, Noah told us that we can expect a mash-up between the first two seasons and that it’s going to be very, very good. “I love season three, and I’ve been told by many people that it’s the best season yet,” he went on to say. “I haven’t seen any footage from it, but I’m very excited to watch it. I feel like it does a very good job of blending the playfulness of season one, and the darkness of season two together. It’s great.”

And when it came to the Mind Flayer’s possession of Will, Noah had to do some extensive research to make sure it was believable (side note: it totally was). “I’ve had a lot of crazy scenes in season two,” he told us. “I had to do the seizure scene. I remember, I did a bunch of research on seizures, and I had to look up what happens to your brain, what happens in your body? It was tough, ’cause I didn’t know how to really … I’ve never seen one or experienced one, but I did my best, and it all kind of came together.”