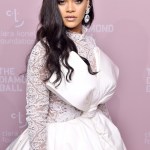 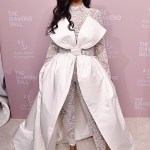 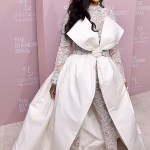 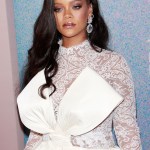 Rihanna absolutely glowed at her 4th annual Diamond Ball, but her boyfriend Hassan Jameel was noticeably absent. We’ve got details on why she purposely didn’t invite him to her charity gala.

Rihanna flew solo at her 4th annual Diamond Ball to support her Clara Lionel Foundation charity. She posed like crazy on the red carpet in a stunning white couture jumpsuit with a skirt overlay. The singer was hosting the celeb filled evening and wasn’t about to infuse her love life with boyfriend Hassan Jameel into her big event. “Rihanna did not invite Hassan to come to the Diamond Ball. She didn’t want the focus to be on their relationship, she can’t stand that kind of thing. She is doing her best to keep her personal life separate from her career and her philanthropy,” a source close to the 30-year-old singer tells HollywoodLife.com EXCLUSIVELY

“She’s also been taking some time apart from him, they’re still talking and she’s not said she’s done with him. But she’s much more focused on her work right now and spending time with friends. Her love life is on the back burner and that’s all her choice,” our insider continues. RiRi has had such a busy week, debuting her latest Savage X Fenty lingerie line at a NYFW show on Sept. 12 that featured supermodels Gigi, 23, and Bella Hadid, 21. Then the very next night she held her Diamond Ball. RiRi’s got so many things going on between her businesses and recording her new album that a love life is something she literally has to make time for.

“Rihanna would love to settle down one day, get married and have kids and maybe with Hassan, just not now. She has a lot she wants to do, the timing is not right. And as sexy and as hot as Hassan is, she is just not yet sure if he is the one,” our source adds about the Saudi billionaire businessman who she’s been linked to since June of 2017. The last time the couple was photographed together was on July 9 while they were vacationing in Mexico.

The “Wild Thoughts” singer has never publicly discussed her relationship with Hassan and the pair have gone to great lengths to not be seen together. The closest she’s come to acknowledging their romance was when she told Vogue in May that “I used to feel guilty about taking personal time. But I also think I never met someone who was worth it before.” Awww!