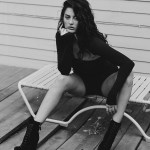 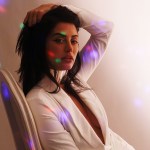 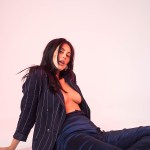 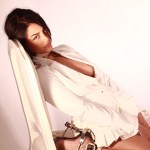 Between opening up for Justin Bieber, and hitting the studio with Post Malone, Moxie Raia is forging a fast path to superstardom. Hear all about her latest track, “Cold Outside,” in an exclusive interview!

New Jersey native Moxie Raia, 28, released her new single, “Cold Outside,” on Sept. 14, and it’s a breakup anthem that is undeniably relatable for just about anyone. A true triple threat, Moxie is a must to keep eyes on! The budding singer already has co-signs from the likes of Post Malone, Pusha-T, and Wyclef – but she’s still just getting started! We talked to the singer about her brand new single, everything she learned on tour with Justin Bieber, and just how she got her stage name.

You started out as a dancer, how did that set the stage the stage for you as a performer for your entire life?

Well, I’ve been dancing and singing since I was very little, they kind of came hand in hand. I think my dance experience really taught me how to be comfortable onstage, how to almost blackout onstage, and get in that zone, it was just kind of natural.

At what point did you start making the transition to focus more on music?

Who were the biggest inspirations for you when you were growing up?

My favorite musicians were mostly a lot of Motown artists, because that’s what my dad listened to and had on in the house, so, there was The Temptations, The Jackson 5, Marvin Gaye, and then I was into Stevie Wonder, Al Green, Donny Hathaway. Then as I grew older, and discovered some of my own music, I was really drawn to Lauryn Hill, and Jazmine Sullivan has been a huge influence. Frank Sinatra was a staple in our house too.

Can you tell us about making your new single, “Cold Outside?”

It’s the first song I’ve put out in over a year. It’s really honest, I’m really happy to be in this place. I am managing myself right now, and just really took control of the direction of my career and how i’m releasing things and how I’m doing things. This song I did with a producer named Apex Martin, and Che Pope, and Che is really my mentor, and it was a dream to work with him. He’s so legendary, and we knew this was going to be the first song. It really encompasses the different sides of me, so I feel like it’s really cool that we caught that all in one piece.

What inspired the track?

The song is about meeting up with an ex, or a past love, and wanting still that comfort of that connection that you had with that person, even if you’re not together, like when it’s cold outside, or you go through a hard time. You go so deep with someone when you’re together, and then when you break up, it’s like you’re strangers, but it’s weird because that person still in hard times is going to provide the most comfort for you in a sense. So, it was just about me meeting up with him, and going through some things and wanting his comfort and opinion, but I didn’t really say all of those things when we met up. The song is kind of what I would have said if I was just being a little reckless.

You mentioned having creative control. How important is it to you to be able to take the reins on your career?

It’s everything to me. I honestly don’t feel good in my soul, I don’t enjoy my life if  i’m not doing what my intuition is telling me to do…if i’m not doing what feels right. So, it feels so good to be able to execute what I have in my head, what is completely truthful and create this world that isn’t a mold, that’s just me.

That’s great, a lot of artists don’t have that freedom.

Yeah absolutely, and I haven’t in the past. It was definitely a journey to pick myself up again, and do it.

Will “Cold Outside” be part of a larger project?

I have singles coming out, I’m just doing singles right now. I have so much music though, like three albums worth. We’re just going to put out singles until 2019, but before next summer, maybe a larger project.

You’ve worked with some pretty amazing people. Obviously you’ve opened up for Justin Bieber. Did you learn anything while doing those shows with him?

Oh, definitely. I loved the order he kept, how professionally run the tour was, and there were moments where there was a lot going on, but everything was just run so smoothly, and everybody was really happy and kind to each other. It was a really beautiful experience. And Justin was really focused.

How did you link up with the likes of Post Malone and Pusha-T?

Well Post was on tour with me and Justin. So, it was me post and Justin, so, within the first week of tour, Post and I got close and we got in the studio, and he heard that song, and he really loved that one – he was like, “I want to get on this one.” I was like “Great! My mixtape comes out in a week.” Pusha-T…we were both signed to Def Jam. Well, Pusha was signed to Def Jam and I was about to sign to Def Jam.

Where did your stage name, Moxie come from?

Moxie was a nickname I’ve had since high school. I moved away from my parents when I was 13, and I lived with my sister, and I just always kind of had…I was a little bit fearless to go after what I wanted, and a friend of mine…he loves weird words, and always uses these big vocabulary words. I know Moxie isn’t a big vocabulary word but it’s one not a lot of people know. So, he used to say, “your name should be Moxie.” I was like, that’s a little bit more exciting than Laura and that lets me kind of show this different part of myself that sometimes I don’t always feel comfortable showing as Laura, the daughter of my parents. So Moxie is just this side of me that I can really be free in.