La La and Carmelo Anthony are GOALS! They looked so happy at his NYFW event on Sept. 13. HL learned EXCLUSIVELY that their relationship is ‘good’ right now, but it’s still a ‘work in progress.’

The couple that slays together, stays together? La La, 39, and Carmelo Anthony, 34, were the picture perfect couple at the NBA player’s Melo Made NYFW event on Sept. 13. La La, who looked stunning in a cheetah print ensemble, was by Melo’s side on his big night. The pair cozied up for photos, with La La’s hand sweetly pressed against Carmelo’s chest and his arm wrapped around his waist.

La La and Carmelo have had their fair share of struggles over the years, but their relationship is the best it’s been in a long time, HollywoodLife has learned EXCLUSIVELY. “LaLa is not seeing anyone else, she’s very much in love with Carmelo,” a source close to La La told HollywoodLife. “Things are very good between them right now, Carmelo’s done everything she’s asked him to do to rebuild the trust and to fix their marriage. She’s happy. But she’s also not about to let him get too comfortable. He’s still courting her and working to impress her and she loves it. Their marriage is still a work in progress. But as far as their divorce, as it stands right now, it’s off. They’re a couple, and they’re very happy again.” HollywoodLife has reached out for comment. 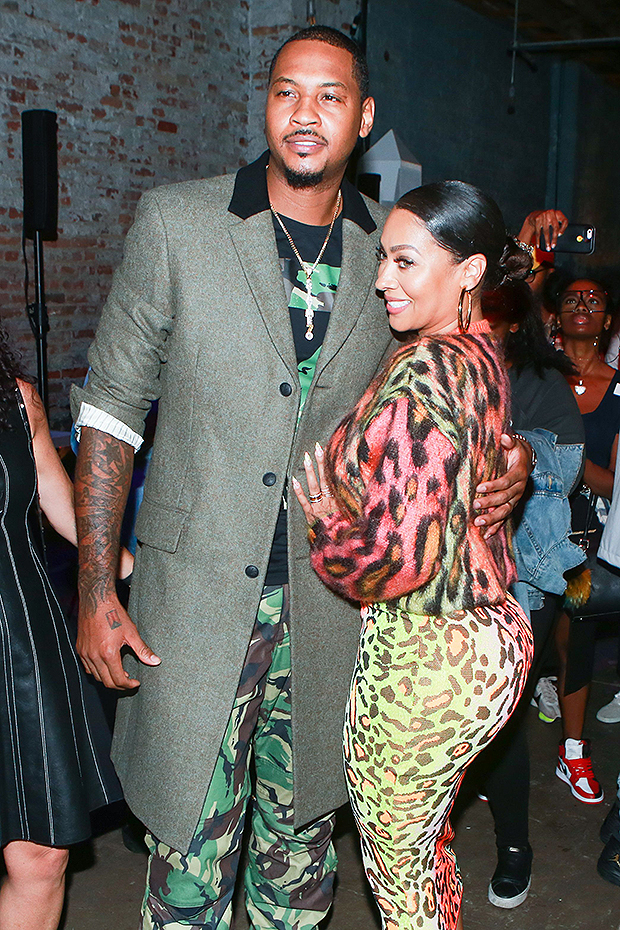 La La and the NBA player married in 2010. La La filed for separation from Carmelo in April 2017 after he accused of allegedly impregnating a stripper. Just a few months later in June 2017, La La revealed on The Wendy Williams Show that she and Carmelo were not divorcing at the moment. “I don’t know what the future holds,” La La said. “I just know that we are doing an incredible job being parents to our son. We are the best of friends. I’ve been with Melo since he was 19 years old. You’re not with someone that long and it just goes out the window. I love him with all of my heart, and we are the best of friends.” They’ve been working on their relationship ever since and have been focusing on co-parenting their 11-year-old son, Kiyan.