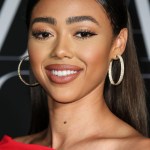 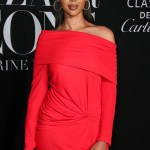 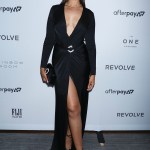 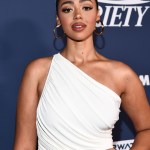 Despite reports that Drake and Bella Harris had gone on a date in D.C., Bella has denied these rumors! Here’s what we know!

UPDATE: Since whispers about their alleged date came out, Bella Harris has dispelled all rumors that she went out for dinner with Drake by revealing that she had actually been in New York on Sep. 10, not D.C. dining with Drizzy like was previously reported. She admitted on Instagram, “Coming off an amazing New York fashion week, I feel I need to set the record straight … I did not dine in DC recently. I was happily working & dining in NYC everyday.” Sorry, everyone… but there’s no romance between Bella and Drake!

ORIGINAL: Drake, 31, may have been snubbed by Heidi Klum, 45, but it looks like he’s on his way to finding love with someone else! The rapper is rumored to be dating Bella Harris, 18, and they fueled speculation that they’re an item by enjoying a romantic dinner in Washington D.C. on Sept. 10, according to E! News. The site reports that Drake shut down the restaurant RPM Italian for a private meal with Bella. He reportedly waited for the restaurant to clear out before heading inside, and Bella arrived shortly after.

The pair left together after their meal, but then returned the next night with some of Bella’s friends, E! reports. There are no photos of the pair in D.C., but rumors of a romance between them began in August. Bella was spotted at several of Drizzy’s tour stops, and even posted two photos with him on Instagram, which she captioned, “No place I’d rather be,” with a heart. Bella is an established model, who has worked for Forever 21, Abercrombie & Fitch and more, and is Janet Jackson’s granddaughter.

Interestingly, Bella has also modeled for Rihanna’s Savage x Fenty line, and of course, Rihanna is Drake’s ex. She even posted a photo in one of the brand’s bodysuits on Sept. 12, just two days after her date with the 31-year-old.

HollywoodLife has reached out to reps for Bella and Drake for comment on this rumored relationship and evening out in D.C.