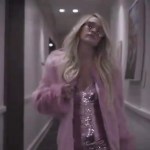 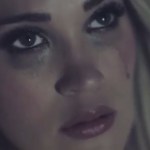 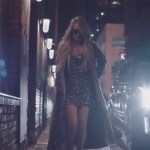 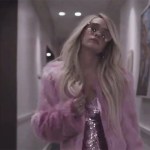 It’s a very happy Friday for fans of Carrie Underwood! The country crooner has finally released her new album, and fans are obsessed!

Just in time for the weekend, Carrie Underwood, 35, has shared her new album, Cry Pretty, with the world, and it’s everything we could have hoped for! The 35-year-old singer dropped the record on Sept. 14, which serves as her sixth studio album. Carrie’s biggest fans are already going wild for the new release from the country queen! “#CryPrettyAlbum is out!!!! Time to listen to it a thousand times until I know all the words! Yay!!!!” one fan tweeted, while another wrote, “Gotta say @carrieunderwood has done it again! What an incredible album.”

The record is chock-full of certified hits. Title track, “Cry Pretty,” is an apologetic tune where Carrie reveals both her good and bad sides. On “Love Wins,” Carrie displays stunning vocals as she sings about the “politics and prejudice” of today’s divided culture, and just this week, the powerful anthem received a music video to accompany the track. The final song on the record, “The Champion,” features rapper Ludacris, and is an eclectic cross-genre track that will have you up and ready to dance!

Its been a big year for Carrie, and it’s only about to get busier. Between being pregnant with her second child, and taking a tumble that left her needing surgery, Carrie has also been juggling a national tour, with her Cry Pretty record release. But – if there’s anyone who can handle it all, it’s Carrie! The songstress also made a shocking move when she departed Arista Records last year, her recording home since winning American idol in 2005, to ink a deal with UMG Nashville. With a year of change, Carrie has clearly grown immensely as an artist!

With her second child on the way, and plenty of adorable pics sure to come, Carrie has given us the ultimate gift to tide us over! Be sure to listen to Cry Pretty in it’s entirety above!