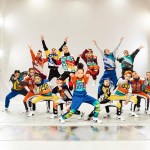 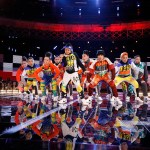 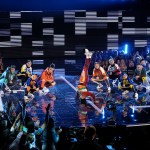 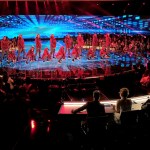 Jennifer Lopez was brought to tears by the performance and the words of the ‘World of Dance finale winners last night. ‘The Lab’, dance crew reminded us of what America is truly supposed to be about.

Isn’t it astonishing that a group of 15 eight-to-sixteen-year-old dancers, could have more wisdom and provide for more moral leadership than the current commander-in-chief? Yes, it is. But, it’s a fact. Last night, Sept. 12, The Lab, a hip-hop crew from West Covina, California, danced their hearts out and their feet off, in two original and breathtaking numbers. But it was their final performance , below, which told a moving story about giving a helping hand to the homeless, welcoming home veterans and giving a rose to someone who is down, that brought tears to both the performers and  the panel of judges.

When Jennifer Lopez, asked the young group who had actually started competing in the show’s, Junior Team division, what they were trying to communicate with their original self-choreographed performance, here’s what they said: “Our message is about love, and we don’t receive enough of it in the world. Our plan is to make the world a better place”, they replied. And aren’t they absolutely right, especially now? This time when we have a president who works to divide us on a daily basis- today, denying the absolute fact that almost 3,000 people died in Puerto Rico due to Hurricane Maria, and falsely claiming that Democrats inflated the death toll.

An America in which desperate mothers have been separated from their children who are locked in cages, where white supremacists are no longer condemned by the president and where instead of being encouraged to perform acts of kindness, we are urged to hate the “disgusting” news media. What a contrast between the vitriol and divisiveness being spewed from the White House, and the sweetness, hope, and love, coming from the mouths of The Lab’s children and teenagers.

And these are young people who did not grow up in privileged homes. They came together at The Lab Creative Arts Studio in LA, whose mission focuses on helping children who have struggles at home. So these World of Dance winners did not grow up with huge inheritances like Donald Trump, and yet their hearts are big and they are the ones epitomizing traditional American values. The up-until-recently-celebrated American values of acceptance, equality, inclusion, the opportunity for all and the “Golden Rule” – “do unto others as you would have them do unto you”.

America, please be inspired by The Lab’s earnest message of love and sharing, which they delivered after winning ‘The World of Dance’ finale. Reject the president’s politics of hate. The Lab members are the true American heroes and role models!