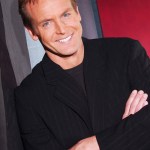 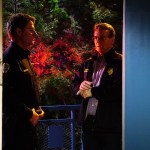 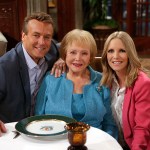 It’s time to say goodbye to Genoa City’s beloved Paul Williams. Doug Davidson confirmed that he is leaving ‘The Young & the Restless’ after 40 years. So, what happened?

Doug Davidson, 63, revealed that his contract with The Young & the Restless was not renewed in an interview with Soaps.com.  “My contract was not renewed in January, I went on recurring, but just until they had new people in place,” he said. “I have only 2 shows that haven’t aired and no dates. So, as far as I know, I am gone.” HollywoodLife has reached out to CBS for comment.

The actor also took to Twitter on Sept. 10 to respond to fans who were upset that Paul would be leaving Genoa City. He admitted that “it does hurt, to be honest.” When a fan asked whether or not he had been let go, Doug responded, “It seems so.” Another fan was angry about Doug’s departure and wrote that the show was “self-destructing.” Doug tweeted back, “They have a new direction.”

It does hurt, to be honest https://t.co/zApmhzIS44

One fan, who has been watching since the 1970s, asked: “What’s with all the new people and our beloved characters leaving?” Doug wrote back, “They are doing away with history.” He also tweeted to his followers, “You all are so wonderful. I so appreciate your support and kindness and love. Thanks for a fabulous career.”

Fellow soap star Stephen Nichols, who starred on Y&R from 2009 to 2013, was shocked by the news of Doug being let go. “This is an absolute travesty,” he tweeted. “What is going on over there? This man has not only acted his ass off at for 40 years but is a man of the utmost integrity. I am saddened by this news. Much love, Doug!”

Doug joined the show in 1978 as Paul Williams. Over the course of his time on Y&R, he earned five Daytime Emmy nominations and won Outstanding Lead Actor in a Drama Series in 2013. We’ll miss him on the show! The Young & the Restless just won’t be the same!