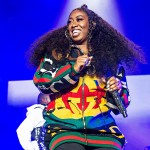 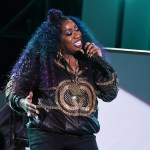 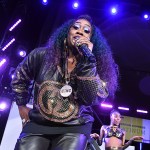 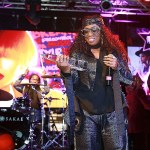 Missy Elliot dueted ‘Work It’ with a fan who has been slaying her song in karaoke for 15 years. Watch the heartwarming surprise that went down on ‘Ellen’ here!

Missy Elliott made a huge surprise appearance on Ellen to join a fan, Mary Halsey, who went viral a month ago for slaying Work It at a karaoke competition. While Mary was bringing down the house mid-song, Missy sneakily crept behind her and sang along. At first, Mary was stunned by the incredible guest appearance, but quickly recovered and the two of them proceeded to kill it together. Bottom line for this video: Is it worth it? Absolutely. Watch the video below!

Even though Mary admitted that she had been singing this song for 17 years, she only recently gained attention when she was singing at Rhode Island’s Goddard Park karaoke competition. “The song had come out in 2002 and it was really popular,” she told Ellen DeGeneres. “And I said, I could do that song — maybe I could try. I learned, I read the words, I studied it, and the reaction I got was so positive that it became my go-to song. Everybody wants to hear it.”

Of course, Missy had nothing but incredible things to say about Mary’s skills — and gushed about what she loved about Mary’s rendition. “Everything,” Elliott answered. “When she first said, ‘Missy’s funky white sister,’ I’m like, ‘Who is this?!’ So when I listen, I’m like, she know[s] all the words, but the sound effects — she made the elephant noise, all of that… I thought it was the most amazing thing.”

In the end, not only did Missy give Mary a signed T-shirt, but Ellen also gave her a jacket that had the words “Missy’s Funky White Sister” emblazoned on the back. And if you count her once-in-a-lifetime duet with Missy, Mary had a pretty great day.

We’ll keep you posted on all the latest viral, uplifting videos shown on Ellen. In the meantime, check out all of the pics of Miss Elliott in our gallery above.