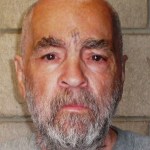 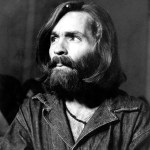 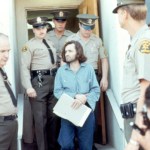 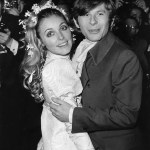 ‘Inside the Manson Cult: The Lost Tapes’ premieres Sept. 17, and HollywoodLife has an EXCLUSIVE sneak peek of three cult members talking about the shocking La Bianca murders. Watch the chilling video.

In this EXCLUSIVE preview, a filmmaker talks to Charles Manson cult members Sandra “Sandy” Good, Lynette “Squeaky” Fromme, and one more follower. He asks why a group of Manson’s followers killed the Leno and Rosemary La Bianca just one day after brutally murdering Valley of the Dolls actress Sharon Tate, her unborn baby, and four others on Aug. 9, 1969. He asks, “Then why the La Bianca the next night?” Sandra replies, “No why. You never ask why.”

The filmmaker follows up with, “If you had to kill more, you’d kill more?” Sandra nods her head. Squeaky adds, “Whatever we have to do… We leave our house open to the soul. We leave our mind open.” The clip ends with the three Manson followers cocking their shotguns.

Inside The Manson Cult: The Lost Tapes is a new two-hour true crime special about Manson and his gang of followers, who committed some of the most shocking crimes in history. The special will be narrated by Emmy and Golden Globe Award nominee Liev Schreiber. The Lost Tapes will go inside Spahn’s Ranch, where Manson’s cult lived. The special will be airing 10 months after Manson’s death and will feature new and archival interviews with former Manson cult members, such as Catherine “Gypsy” Share and Dianne “Snake” Lake, as well as key people involved in the history of the Manson case, including prosecutor Stephen Kay and FBI criminal profiler John Douglas. Bobby Beausoleil will be interviewed on the special from prison, where he is serving a life sentence for a murder he committed in association with the Manson family. Inside The Manson Cult: The Lost Tapes will air Sept. 17 at 8 p.m. on FOX.