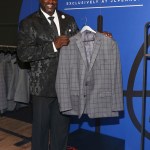 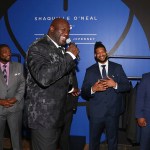 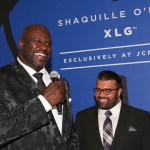 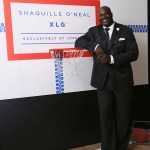 Shaquille O’Neal has 4 championship rings, and now he has a fashion line! At over 7-feet tall, Shaq is launching his Big & Tall XLG clothing line exclusively with JC Penney! He took HollywoodLife.com inside the collection before it hits stores on September 13!

If there truly is a man who’s done it all, it’s Shaquille O’Neal. — In his 19-year NBA career, Shaq racked up four NBA championships; he’s a 15-time All-Star; he has his jerseys retired with both the Los Angeles Lakers (No. 34) and Miami Heat (No. 32), among other accolades athletes only dream of. Now, he can officially add “fashion designer” to his resume.

Just in time for Fashion Week, Shaq is launching his XLG Big & Tall clothing line for the “everyday hardworking, respectable man!” The XLG style will be sold exclusively at JCPenney stores and is available (in-store and online) on September 13. The objective of the collection is in its name. At over 7-feet tall, while Shaq has never had difficulty sinking baskets (especially free-throws), finding clothes to fit his size has been hard over the years. The NBA legend took us inside the making of his collection before it hit the racks.

Featuring over 60 pieces, including suiting separates, sport coats, and dress shirts — (up to sizes 6XL and 5XLT); ties (available in extra-long) and belts (L-4XL) — each item in the collection is available for under $200. Making a men’s line that fit a niche audience that isn’t typically catered to, while still being stylish and affordable at the same time was something Shaq set out to do. Not to mention, he’s keen on look fly, himself. “I have to put my outfit on the floor before I wear it,” he admitted, while every girl reading this is most likely nodding their head in agreement.

This collection is for the everyday hardworking respectable big man, that wants to look good,” he told HollywoodLife.com at the celebration of Big & Tall ahead of its launch in New York City. “From personal research, I know that with the big and tall stuff, you go in there (to a store) and they give us the bland stuff. —The hungry man t-shirts, the stinkin’ brown blazers, the dumb-as-hell khaki pants. We want to wear sexy slacks and tight jackets (too). Now, we’re doing that for the big and tall man for an affordable price. 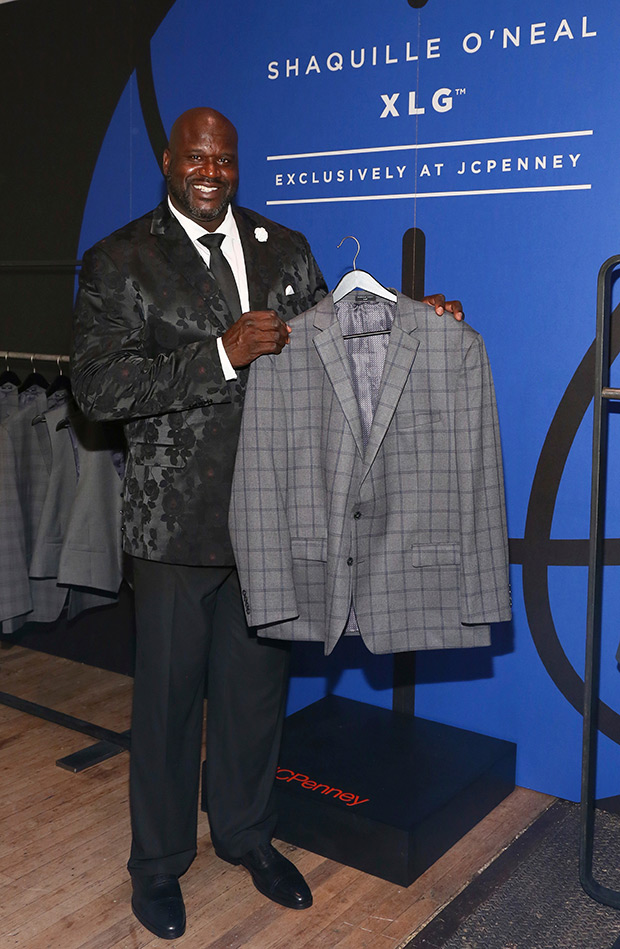 “This collection will make you look good and feel good,” Shaq said, adding the President Barack Obama, is one of his style icons. And, although he towers over Obama, in terms of height, Shaq admitted that the collection was inspired by him.

As for why the NBA legend opted to team up with JCPenney? — “They understand the big and tall man,” Shaq said, adding that  the department store giant it a place he’s shopped at long before their collaboration. “So, it was only right I went with JC Penney. I’m not trying to charge people $3,000 for a blazer.”

Shaq even took us through the design process and explained how to take his clothing line from day to night. “The clothes are very respectable. If you’re a New York guy, working 9-5, you might not go too flashy, but you still want to look good,” he said. “Say you’re at work and you want to look sexy, so, throw on one of these blazers. Then at night, take the tie off, unbutton the shirt a little, show the chest hair, and hit the bar.”

When it came down to the design process, Shaq was involved every step of the way. The business mogul expressed that the Big & Tall process relied heavily on teamwork — something he quickly tapped into from his days on the court. “Every time I do a business deal with somebody, I get in basketball championship mode. What I’ve realized from personal experience is that whenever I’d try to win a championship by myself, I’d lose. As soon as I started utilizing my teammates, I started winning championships. There’s no secret, I can’t pop up at 47-years-old and be a fashion designer, everybody knows that. So, what did I do? You get a fashion designer point guard, fashion designer small forward, fashion designer power forward, and then when they throw it to you, you slam dunk it.”

If you want to look “pro-fession-al” — the three words (or syllables) Shaq chose to describe the collection — then head over to JC Penney on September 13 to cop some new threads!