Selena Gomez made sure to get the last laugh after THIS designer called her ‘ugly.’ See what she did to her hair for thee best clap back, ever!

Although Selena Gomez, 26, has yet to speak out publicly about Stefano Gabbana, 55, calling her “ugly,” she just responded in the best way possible. Following her appearance at the spring/summer 2019 Coach show, Gomez was photographed heading into a New York City restaurant with the word “ugly” bedazzled on her hair in silver jewels. — A blatantly silent, but telling response to the Italian designer’s comment.

Gabbana, co-founder of the famous Dolce & Gabbana fashion house, made his lewd comment back in June, on Instagram.He wrote the hurtful word on a post from The Catwalk Italia’s (TCI) Instagram, which featured a split photo of Gomez in five different red dresses. TCI’s post asked fans to choose their favorite red look on Gomez, prompting fans to leave their answer in the comments. — That’s when Gabbana appeared to write “è proprio brutta!!!”, on the photo, which roughly translates to “She’s so ugly.”

Gabbana received heavy backlash from Selena’s fans, who ripped him apart on social media, at the time. However, the singer clearly got the last laugh. She bedazzled hair was pulled back in a ponytail, and featured a braid through the center as she made her way to dinner on Tuesday, September 11. Sel paired her do’ with red plaid pants, a black top, and a leather jacket, which featured a blue fur-like collar. 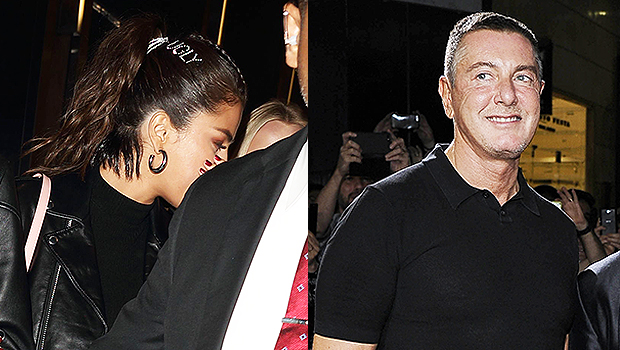 Selena’s mother, Mandy Teefey, 42, even clapped back at Gabbana’s “ugly” comment back in June, calling the word “hateful.” The producer also added that she chose to take the high road and ignore Gabbana’s comments.

While Gabbana’s comment about Selena came out of nowhere, he is no stranger to causing controversy. In fact, he has a reputation for controversial remarks on social media. Not to mention, his label has been surrounded by controversies involving anti-IVF and homophobic remarks made by both Gabbana and business partner, Domenico Dolce in the past.