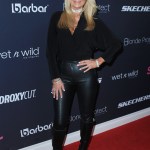 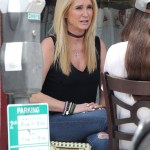 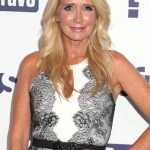 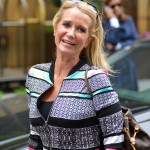 Kim Richards and boyfriend Wynn fight when he calls her kids ‘baggage’ in this EXCLUSIVE preview of the Sept. 14 episode of ‘Marriage Boot Camp Reality Stars.’

The couples are digging up their baggage, and that causes RHOBH star Kim Richards and boyfriend Wynn Katz to get into a nasty spat in this EXCLUSIVE sneak peek of the all-new Marriage Boot Camp Reality Stars. Kim gets upset when Wynn calls her kids “baggage.” She has four children from previous relationships. He tries to explain by saying, “I love your children. They’re good baggage.”

Kim fires back, “I don’t like it. You shouldn’t f**king say it anymore.” Wynn doesn’t understand what the purpose of having a girlfriend is if he can’t be open about his feelings. This sparks another debate — is Kim his girlfriend? “I wouldn’t confide in her unless I thought she was a girlfriend,” Wynn says.

“He just hasn’t said and I didn’t know if I was or wasn’t his girlfriend,” Kim says in a confession. “So, we are, I guess.” That settles it! Also during the episode, Pauly D faces cheating allegations, and Ernest suffers a medical emergency. Marriage Boot Camp Reality Stars airs Fridays at 9 p.m. on WE tv. The synopsis for this season reads: “This season, Boot Camp’s most explosive veteran and music vixen, Aubrey O’Day returns with a new man! Aubrey fell for Jersey Shore’s, DJ Pauly D, and his million-dollar smile on Famously Single, but their dueling realities have put them famously in danger! Time is running out for the Real Housewives of Beverly Hills star, Kim Richards and beau Wynn Katz, who have yet to spark any sexual chemistry in order to get to the next level of commitment. For the Black Ink Crew duo, it’s Puma’s world and his wife, Quani, is just living in it! As she struggles to achieve her own goals and aspirations in life, Quani still has not taken on Puma’s last name, Mrs. Robinson. On the brink of a second divorce, Momma Dee and Ernest from Love & Hip Hop: Atlanta have one last chance to fix their toxic marriage. After sending Ernest to prison for selling drugs, Momma has own her vices to confront. The Bachelorette darlings, Desiree Hartsock and husband Chris Siegfried, may look like the happily-ever-after newlyweds, but dark and vicious tabloid rumors continue to haunt them after Desiree was dumped on national television by another man that she considered ‘the one.'”