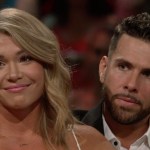 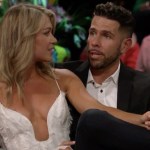 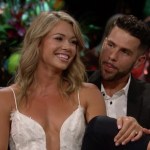 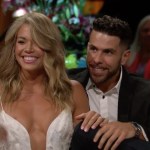 Jenna Cooper and Jordan Kimball’s romance is already facing public scandal after texts surfaced that seem to reveal she’s been cheating on him since they got engaged.

UPDATE: Jenna Cooper denied all cheating allegations after she was accused of texting another man how much she “loves” him and is only marrying her fiance Jordan Kimball for her business. Jenna said the text messages were “completely fabricated” in a tweet on Sept. 12 and wrote, “I want to start by saying those texts were completely fabricated, and I never sent them to anyone. I did not cheat on Jordan, and I have nothing to hide. I have been extremely open and vulnerable throughout this whole process. I was looking for love, and I found it. I was excited to share this journey with all of you. I am hurt by those fake texts, and that anyone would believe this story so quickly without proof. I have an attorney helping me investigate this hurtful and fraudulent attack on my character. We are evaluating all legal remedies available to punish those responsible.”

ORIGINAL: Just hours before Jenna Cooper and Jordan Kimball’s romantic engagement aired on the Bachelor in Paradise finale Sept. 11, shocking texts were released that appeared to show evidence that Jenna allegedly cheated on Jordan and is only in a relationship with him for fame and money. The messages were obtained by Reality Steve from the man Jenna has allegedly been seeing, who has chosen to remain unidentified. Steve says he has confirmed the texts are legitimate and from Jenna herself (although he did not reveal how he is certain this is true).

In the messages, the person who is allegedly Jenna gushes over how much she “loves” the man she’s texting, who most definitely isn’t Jordan. The “other man” claims he and Jenna got in a huge fight on Sept. 9, after he told her he wanted her to end things with Jordan and go all-in with him. The next day, Jenna allegedly sent him the following: “I wanted to say sorry. Don’t be mad at me or do anything crazy. I know you’re upset about this week’s episodes but I told you yesterday and I keep telling you that this is all for my business. You know how much I need the money. Me and Jordan aren’t together for real. I don’t even like him let alone love him. I’m better than him and once I’m able to break it off for good and make up some story to make him look bad if it’ll make you feel better. He means nothing to me and never has. None of the other guys I go out with mean anything. All for work and networking. You’re the only one I need in my life.”

Once the messages started going viral, Jenna released a statement, in which she claimed the things being said about her are false. “I am aware of the allegations being made against me and they are simply untrue,” she told People. “I am choosing to foucs on my relationship right now. Thank you for respecting my privacy at this time.”

However, Jordan is not convinced. “I know my Jenna, and I read those texts ,and in my heart, I know it’s her,” he admitted to the mag. “She was saying she didn’t do it, but hinting towards the fact that there’s a possibility that it happened. In all reality, I don’t expect her to own it.” He added that he feels “sick” over the allegations, and said he “never would have expected” Jenna to do this to him.

On Jordan’s end, the relationship was definitely real and not just a “TV romance,” he explained. And, at this point, he doesn’t know where they stand. “I don’t know how to handle this,” he said. “All I know is I obviously only knew a limited amount of information about Jenna. This is embarrassing and it just hurts my pride. And our friendship is just tarnished.”