Catherine Zeta-Jones, 48, and her daughter Carys Zeta-Douglas, 15, are totally twins! They hit New York Fashion Week together on Sept. 12 and looked equally stunning sitting front row at the Michael Kors show. Not only did they both have their dark hair center-parted and curled, but they rocked similar makeup looks as well with bronze eyes and pale pink lips. But while they looked crazy alike up top, they wore drastically different outfits. Carys wore an off-the-shoulder black top with a pair of camo pants with gold detail down the side — so cute! Her mom wore a tight, floral dress. They both carried clutches and looked so happy to be at the show together!

We did the same double take last year when the mother/daughter pair hit the same NYFW show. They sported similar bronze makeup that night, too, but switched up their hairstyles. Carys had hers curled and over one shoulder, while Catherine’s was straight and sleek, just like her black buckled dress. Her mini-me daughter wore a long-sleeve black top with a statement yellow skirt. They both looked incredible! Carys lucked out with the gene pool — her mom is nearing her fifties, and yet they look like sisters every time they step out together.

But Catherine doesn’t only show off her lookalike daughter when Michael Kors is involved. She brought Carys along to an Alta Moda party at the New York Metropolitan Opera House in April and then covered the September issue of Town & Country with her in August. 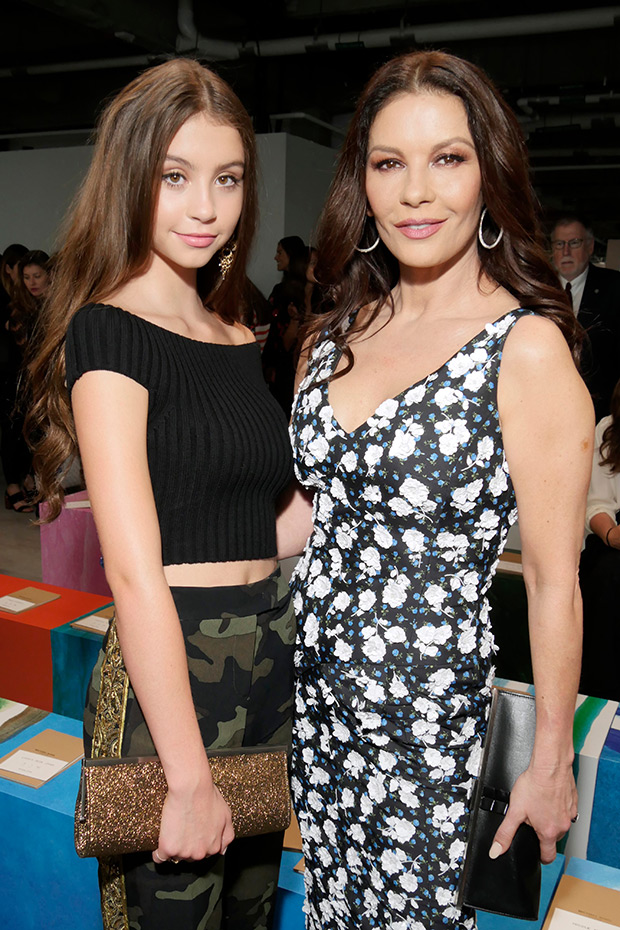 We love that this lookalike pair spends so much time together! They always look so comfortable and close when they pose for pics, and Carys has the sweetest things to say about her momma on Instagram. In fact, on Mother’s Day she wrote, “Thank you mummy for endless laughs. I love you endlessly.” Aw!