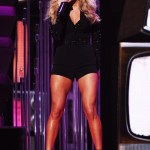 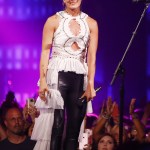 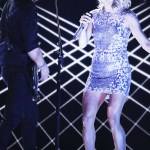 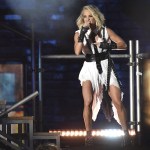 We spy a baby bump! It may be hidden through most of Carrie’s new music video with some clever outfits and camera angles, but it’s definitely there. Take a look!

There it is! Carrie Underwood, 35, released her new music video for “Love Wins” on Sept. 11 and her baby bump made an appearance — even thought it seemed like the country singer was trying to keep it hidden. Most of her singing was filmed from the chest up, and with a flowing orange gown, she did a pretty good job of covering her belly in full-body shots too. But even the rippling fabric and the sunlight behind her couldn’t keep us from seeing the beautiful bump. Carrie’s second video outfit made it a little harder, though. With a big butterfly belted around her stomach, her belly was cinched up tight. While it was only slightly visible, her facial scar, on the other hand, was completely MIA. We’d never even guess that she’d had an accident!

When we weren’t obsessing over her baby bump, we were loving Carrie’s “Love Wins” video. It shared such a great message of the kind of world she wants to see her kids grow up in. “I believe you and me are sisters and brothers,” she sang. “And I believe we’re made to be here for each other and we’ll never fall if we walk hand in hand. Put a world that seems broken together again. Yeah I, I believe in the end love wins.” As she belted this out, downtrodden strangers passing each other in dim lighting turned into a rowdy, smiling group of people throwing colorful powder into the air.

Carrie announced that she was expecting her second baby with her husband Mike Fisher, 38, with an Instagram video in August. “Mike, Isaiah and I are absolutely over the moon and excited to be adding another little fish to our pond,” she said. “This has just been a dream come true with the album and baby news. We’re just so excited and glad you guys can share this with us and be a part of it. Love you guys! We will see you on the road in 2019!” 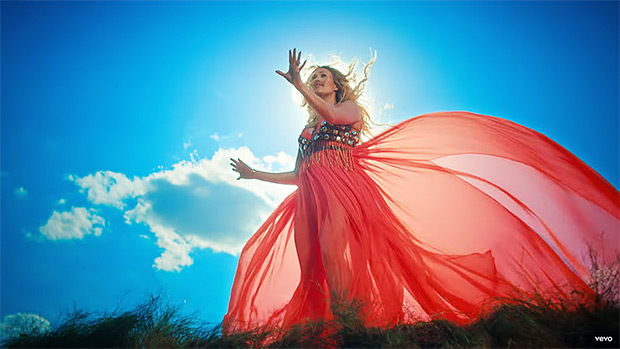 We’re so excited for her little one to arrive — but until then, we’ll keep an eye out for her growing baby bump! She posted a pic three days after her announcement that showed her budding belly off backstage at the Grand Ole Opry, but we haven’t seen it since.