HELLO, Brad Pitt! At 54 years old, the actor is looking hunkier than ever, and showed off his ripped bod in a tight t-shirt on his new movie set Sept. 11. See the pics here!

Brad Pitt, 54, is keeping busy as his divorce war rages on with Angelina Jolie. The 54-year-old is currently filming Once Upon A Time In Hollywood with Leonardo DiCaprio, and he was photographed on set in Hollywood on Sept. 11. Brad looked hunkier than ever in a pair of blue jeans with a tight black shirt, which put his muscular arms on display and showed off his trim figure. With his hair styled a bit longer and pushed back, he looked like a much younger version of himself. Seriously, Brad is looking GOOOOD these days!

Meanwhile, Angelina has been spotted out and about quite a bit lately, mostly seen with one or two of her kids at a time. Things have been pretty volatile between Angie and Brad in recent months, even though it’s now been two years since the actress filed for divorce in Sept. 2016. In August, Angelina filed court docs slamming Brad for not paying “meaningful child support, and claimed he wasn’t following the temporary custody order they had set in place (these guidelines were set in June, when Brad was granted more time with the kids).

However, Brad quickly fired back, claiming that he actually loaned Angelina $8 million to buy a house AND had paid $1.3 million in child support, which is “way, way more than the amount he agreed to pay.” Still, at the end of the day, Brad isn’t concerned about the money, and is simply just interested in what’s best for his kids, an insider told HollywoodLife EXCLUSIVELY. 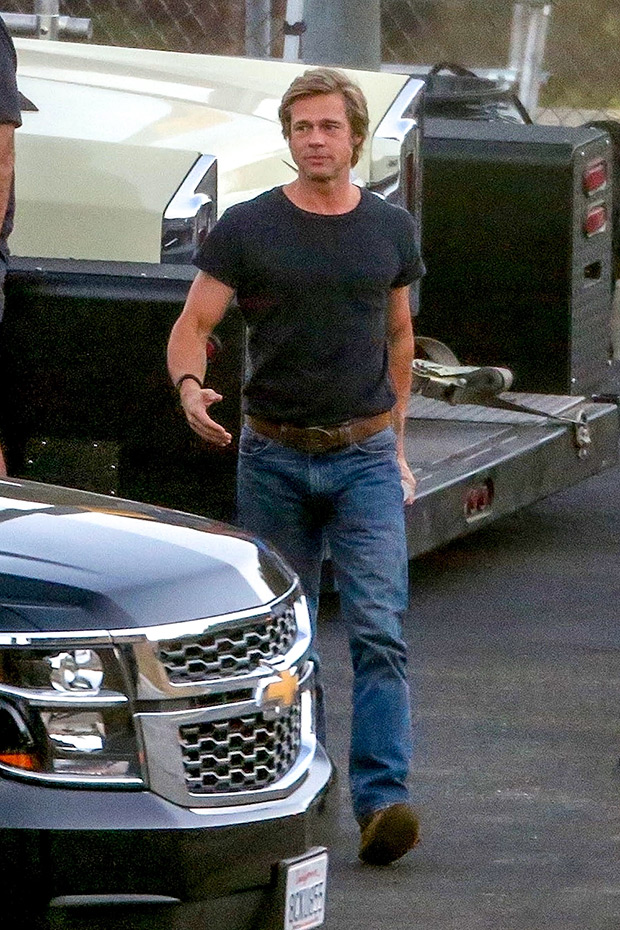 It’s clear that Angelina and Brad aren’t much closer to hashing out their divorce and custody than they were when all this drama started in 2016. Hopefully they can figure all this out soon…amicably!