On June 5, 2002, a 14-year-old Elizabeth Smart was taken from her home in Salt Lake City, Utah. Her kidnappers, Brian David Mitchell and his wife, Wanda Barzee, 72, held her captive for nine terrifying months until she was discovered walking with them on the streets of Sandy, Utah. Both kidnappers were locked up behind bars, but on Sept. 11, the Utah Board of Pardons and Parole announced Wanda would be released because the board failed to credit her for time served in federal prison, according to CNN. She was not expected to be released until 2024, but she’ll be out by next week.

1. She was released from prison before. Elizabeth, 30, testified during her trial that during the night of her kidnapping, David “sealed” her to him in a marriage ceremony. He then raped her, before shackling her between two trees with a metal cable, where she was degraded and treated like an animal. David allegedly said that the marriage was preordained, and that Elizabeth would be one of his seven wives, right before he would battle the Antichrist. Over the nine months of captivity, Elizabeth claims she was raped nearly every day, forced to drink, smoke cigarettes and watch David and Wanda have sex.

For her role in this horrendous ordeal, Wanda pleaded guilty in 2009 to federal charges. She was sentenced to 15 years. After completing the sentence in federal prison, she returned to Utah in 2016 to serve a state sentence. She was sentenced to 1-to-15 years in state prison, but the parole board found that the time she served in federal prison counted towards her state sentence.

2. Wanda allegedly fed her daughter her pet rabbit for dinner. Wanda’s actually a mother of six children, and in 2010, they revealed a horrific tale of her cruelty. “I asked what’s for dinner and she said chicken,” LouRee Gayler said on Oprah Winfrey’s show, per ABC News, “but she had a smile on her face the whole time.” When LouRee found her pet rabbit’s cage empty the next morning, she asked her mother what happened. “ ‘You had it for dinner last night,’ “ her mother replied.

3. Her kids thought she was a “monster” who should stay locked up.  “I think the media portrayed my mother as being a victim of Brian David Mitchell, and I think one of the reasons I wanted to come on this show is to kind of expose her for the monster she is,” a daughter identified only as “Andrea” said. “I don’t think she should see the light of day again.” 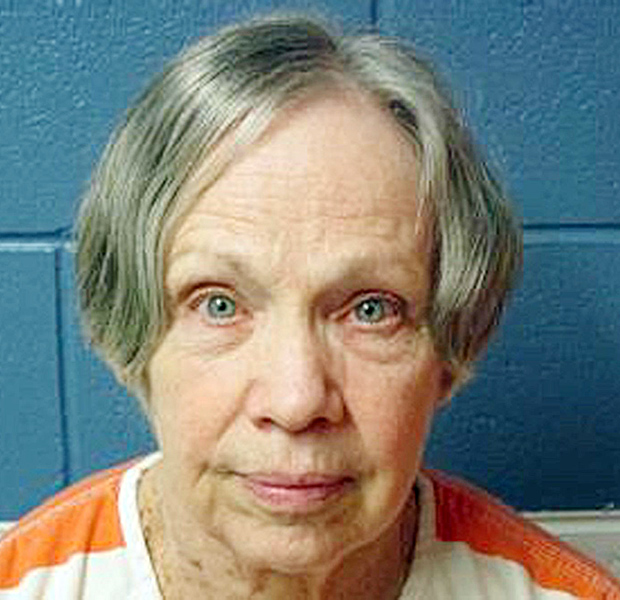 4. Her husband remains incarcerated. Briand David Mitchell was sentenced to life in federal prison in 2011, according to Bustle. He was initially declared mentally ill and unfit to stand trial, ergo the huge delay between his arrest and sentencing. He was ultimately found guilty in 2010, though he had to be repeatedly removed from the court due to his incessant singing.

5. Elizabeth says Wanda’s release is “incomprehensible.” Elizabeth has already responded to the news, and the reaction is pretty much what you think it would be. “It is incomprehensible how someone who has not cooperated with her mental health evaluations or risk assessments and someone who did not show up to her own parole hearing can be released into our community,” Elizabeth said, per the Salt Late Tribune. Wanda did not attend her own parole hearing in June and she has refused to meet with a psychiatrist at Utah State Prison, a mandatory requirement for Wanda since she pleaded “guilty but mentally ill.”

“I appreciate the support, love and concern that has already been expressed and will work diligently to address the issue of Barzee’s release as well as to ensure changes are made moving forward to ensure this doesn’t happen to anyone else in the future,” Elizabeth added.