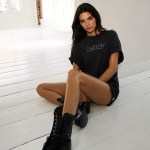 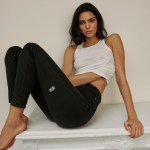 Kendall Jenner is usually a staple on the runway during NYFW but she skipped town early to go to Paris. See pics of her latest adorable outfit in France below!

Kendall Jenner, 22, decided to skip modeling during the Spring / Summer 2019 New York Fashion Week, which took place in September 2018. Usually, she graces the runway in shows like Michael Kors, Marc Jacobs, Alexander Wang, but this season, she switched up her runway strut for a seat in the front row. She was at the Longchamp show, watching from the audience on Sept. 8. She is a face of the brand and showed her support. Her sister Kylie Jenner also skipped NYFW this season, to care for daughter Stormi.

Kendall skipped town before NYFW ended and arrived in Paris on September 10. On Sept. 11, she arrived at her hotel wearing a tan dress with fringe sleeves and skirt. She carried a black bag and knee-high black gladiator sandals. Her hair was in a deep side part, styled in pretty waves. It had tons of volume and bounce as she exited her car! She looked gorgeous! 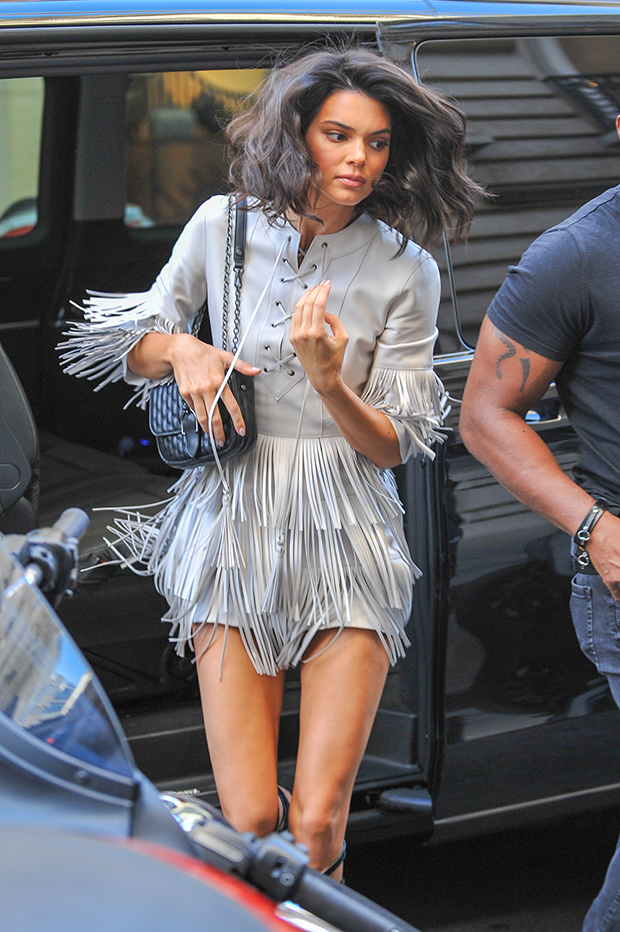 She has spoken in the past about fashion week and modeling in general, which causes her major anxiety. On KUWTK, Kendall said, “Anxiety is all mental, so you have to try and find your ways around it.” She continued, “I try and maintain it, but sometimes it’s out of your control. But I think I’m very blessed to be in the situation I’m in, and every year that I do fashion months it gets a little bit easier. It’s really exciting. I still look forward to it every year.” We wonder if Kendall will hit the runway for Paris Fashion Week, which starts on September 25.