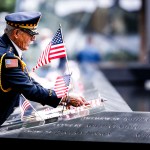 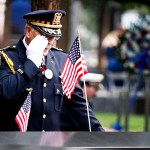 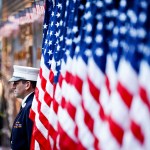 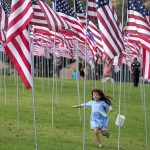 It’s a somber day in America. On the anniversary of the Twin Tower attacks, everyone from Kirsten Gillibrand to Yoko Ono took a moment to remember the lives lost in 9/11.

Seventeen years after the Sep. 11, 2001 attacks on the Twin Towers in New York City, the pain still lingers for those deeply affected by 9/11. 2,996 people were killed and more than 6,000 injured, and that attack – the deadliest terror strike on American soil – was on the mind of New York native Jimmy Fallon, 43. “I love you, New York City,” the Tonight Show host tweeted. His love for the city was echoed by New York state senator Kirsten Gillibrand, 51. “Today, we remember those we lost from the Sept. 11 attacks. We honor the unparalleled bravery and heroism of the first responders who demonstrated the unbreakable strength of our country.” She also used the moment to raise awareness of the James Zadroga 9/11 Health and Compensation Reauthorization Act, to help those still suffering from the “toxins they inhaled at Ground Zero.”

“Imagine all the people living life in peace,” Yoko Ono, 85, the widow of the late John Lennon, tweeted. Oddly enough, John’s song “Imagine” was on Clear Channel’s list of “questionable” songs to play after the towers fell, according to Fairness & Accuracy In Reporting. However, the song became an anthem in the wake of the attacks, and Neil Young brought it out during the 9/11 Tributes to Heroes concert.

While that was a somber tribute, what President Donald Trump, 72, did was…not. Yes, Trump did re-tweet his assistant’s tweet about the official “Patriot Day 2018” proclamation, he tweeted this message in between tweets slamming Hillary Clinton, 70, and the Russia election interference. After basically retweeting Lou Dobbs and Fox news, Trump then praised his sycophantic defender, Rudy Giuliani, saying he “did a GREAT job as Mayor of NYC during the period of September 11th. His leadership, bravery and skill must never be forgotten. Rudy is a TRUE WARRIOR!”

I love you New York City.

Today we honor all those who lost their lives 17 years ago in NY, VA, and PA, their loved ones, and the brave first responders who risked their own lives to save others. The best tribute we can pay is to live our lives in a way that redeems the years they could not have.

“17 years since September 11th!” he tweeted, right before boarding a flight to Shanksville, Pennsylvania with Melania Trump, 48. The President and FLOTUS will attend a memorial service at the crash site of United Airlines Flight 93, per Time. When they touch down, they better not check their mentions, because many weren’t thrilled with Donald’s un-presidential conduct about 9/11. “You can’t even write your own tweet about 9/11? You have to retweet your social media guy?” said @Krassenstein. “Your first tweet [this] morning is about collusion not about 911,” @lesleaburnett tweeted. “I’m thinking you #forgot.”