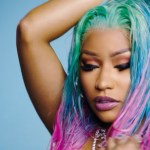 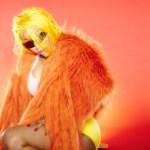 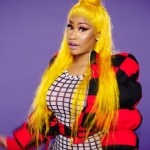 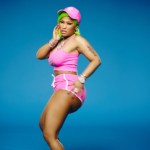 It’s a good day to be part of The Barbs! Nicki Minaj has dropped her brand new music video for ‘Barbie Dreams’ & you can watch it here!

Nicki Minaj, 35, is having a big day. Following a three hour appearance on her Queen Radio show, Nicki has now released a music video! The visual for her track “Barbie Dreams” is here and it’s everything we hoped for the angsty track. Nicki had the music industry in an uproar when she first released the audio for the track, where she called out rappers such as Drake, 31, Desiigner, 21, Meek Mill, 31 and Fetty Wap, 27, and now, the video has everyone up in arms too! In the opening of the clip, a puppet (yes, a puppet) introduces the song in front of a stage with a red curtain backdrop. Nicki then shows up singing the track while showing off various brightly colorful hairstyles and wild wardrobe choices, including neon green hair and lots of cleavage-bearing tops. More puppets dressed up like some of the rappers she calls out in the track can be seen throughout the video as Nicki puts her booty to work with some twerking moves.

Nicki’s fierce fashion might be the best part of the video. We are loving this look! Nicki is rocking a bikini under a transparent green coat in some parts of the video and it’s definitely one of our favorites. “Im loving what i’m wearing in the video, and you guys are going to f**king love it.” Nicki said about her outfit on her radio show earlier in the day.

Fans immediately went wild for the “Barbie Dreams” video! “CAN WE NOTICE THE FACT THAT @NICKIMINAJ CAN ROCK ANY HAIRSTYLE AND ANY LOOK LIKE SHEE SO SEXCC SUCH A PERFECT QUEEN  #Queenradio#BarbieDreams LOVEE YOU BESTIEEE,” one fan tweeted. “The visuals, the hair, the looks, that body, and those muppets  #BarbieDreamsVIDEO,” another fan wrote with drooling and fire emojis.

Just hours before releasing the visual for “Barbie Dreams,” Nicki took to the airwaves to blast fellow female rapper Cardi B, following their brawl at NYFW. She was sure to clear a few things up, regarding their recent spat over allegations Nicki had words for Cardi about her baby Kulture. “I want to let the world know I have never and will never speak ill of someone’s child, that is some clown s**t, and some more clown s**t is telling the world that someone is speaking ill of your child,” she said during the episode.