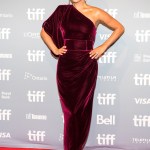 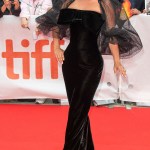 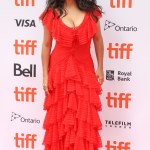 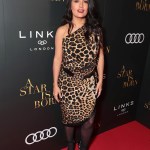 The Toronto International Film Festival kicked off on Sept. 6, and in just a couple days, we’ve seen some spectacular fashion. See the best looks from TIFF right here!

The biggest and brightest stars have all gathered in Toronto for the 2018 Toronto International Film Festival, or TIFF, and some of our faves like Lady Gaga, Elisabeth Moss, Cara Delevingne, and many more have shown off gorgeous looks at various premieres. Lady Gaga showed off her insane curves at the A Star is Born premiere on Sept. 9. WOW! She looks like royalty wearing this timeless Giorgio Armani Privé gown. Every single look she has worn promoting this film has been picture perfect!

Salma Hayek was also at the A Star is Born premiere, wearing a one shoulder leopard dress, looking half her age. She wore a red ruffled gown with a plunging neckline at the The Hummingbird Project premiere on Sept. 8, and was absolutely breathtaking. Cara wore a gold sequin gown by Balmain with sheer stripes, that covered her in just the right places at the Her Smell premiere. Cara’s rumored girlfriend Ashley Benson looked flirty in a red midi dress with black pumps at the same event, which you can see among more red carpet moments in the gallery.

Plunging necklines were definitely trending at TIFF, with both Sienna Miller and Olivia Wilde wearing low cut black gowns on red carpets. Christina Hendricks was ravishing in red as well, while her former Mad Men co-star Elisabeth Moss was chic and elegant in a long-sleeved black mini dress. Keep checking back as we add more amazing looks as they happen throughout the festival.