We’d never guess that Angelina was in the middle of a messy divorce and custody battle! She and her son looked happy as could be on their mother/son ice cream date. See for yourself!

We all scream for ice cream — but Angelina Jolie, 43, smiles! The actress grabbed a scoop with her son Maddox, 17, on Sept. 9 and looked oh so happy to be out and about with her son in West Hollywood. They opted for cups, not cones, of the sweet treat and took their Kith ice cream to go! But while Maddox kept things casual in a black Givenchy tee, jeans and sneakers, his mom stunned in nude pumps and a cream long-sleeved dress. It was loose and didn’t hug her curves, so there’s really no way of knowing if those reports about her extreme weight loss are true. What we do know, though? She’s been having fun with her kids all summer long, despite her and Brad Pitt‘s divorce and custody battle.

From a Labor Day hike with Zahara, 13, Shiloh, 12, and twins Knox and Vivienne, 10, to a shopping trip with Pax, 14, Angie has recently been spotted out with each member of her brood. She’s really been squeezing in a lot of family outings, and we can’t imagine a better way for the mom of six to spend her time outside of court. Especially since a source close to Angie told Hollywoodlife.com EXCLUSIVELY that she wants as little to do with her ex as possible. “Angelina really resents having anything to do with Brad, and wishes she could just forget he even exists, but because of the children she’s not allowed to do that, and he’s going to have to remain a part of her life for at least the foreseeable future,” the insider said. “Brad is actually willing to be pretty reasonable and civil for the sake of the kids, but if anything that just infuriates Angelina even more–he really can’t win at this point whatever he does.”

The two filed for divorce in September 2016 and it has been a long and messy process ever since. That being said, they reached an interim custody agreement in August of this year. 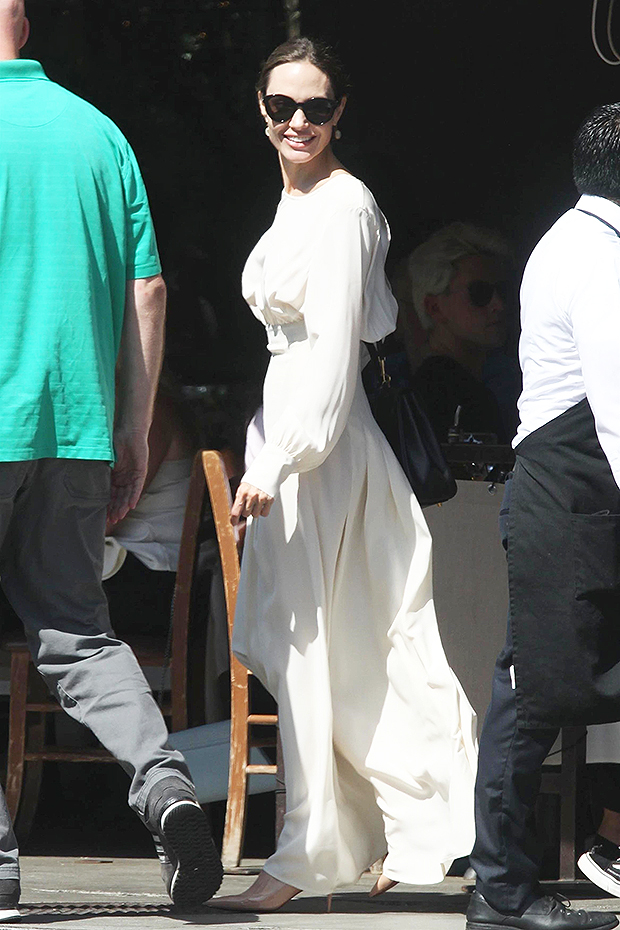 While it’s impossible to tell at this point how their complicated custody battle will pan out, much less their divorce, we just hope the outcome is best for all six of the Jolie-Pitt kids. It’s great to see Maddox out with his mom and hope they keep surrounding themselves with family members during this tough time.