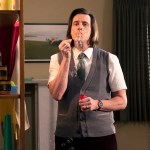 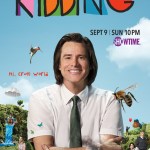 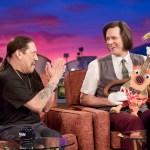 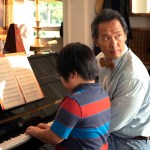 Jim Carrey’s new comedy series ‘Kidding’ premieres Sept. 9, and everyone’s wondering what this show is all about. Here’s what you should know before watching!

Kidding will make its highly-anticipated debut Sept. 9 at 10 p.m. on Showtime. Jim Carrey, 56, is returning to TV in the role of Mr. Jeff Pickles. The role is Jim’s first role since 2016, and it’s one near and dear to his heart. So, what is Kidding all about? These are key things to know about the dark comedy.

1. This is Jim Carrey’s first regular TV role in over 20 years. Jim got his big break on the FOX sketch comedy series In Living Color in 1990. He had auditioned for Saturday Night Live, but Jim was rejected every time. Jim starred on In Living Color until 1994. He made guest appearances on shows like 30 Rock and The Office, but Kidding is his first series regular role since In Living Color.

2. Kidding is a comedy series, but it’s not what you think. Jim stars as Mr. Jeff Pickles, a children’s television legend who hosts Mr. Pickles’ Puppet Time. However, he has his own fair share of struggles. When his family life begins to implode, Mr. Pickles finds himself on the verge of a breakdown.

3. Jim has a lot in common with his character. “There’s not a lot of acting that has to go on here. It’s right there,” he told ET. “This is kind of me, in a weird way.”

5. The show gets some inspiration from children’s TV icon Mister Rogers. “There’s a lot of fun rumors about Mister Rogers that are very rich,” creator Dave Holstein told The Hollywood Reporter. “There was two that we used in the first four episodes: one is we heard a rumor that some guy stole his car and then realized it was his and then returned it before he found out about it. So we open Episode Two with that, because we just thought that would be great.”