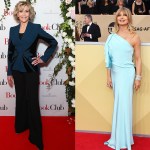 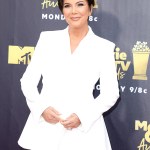 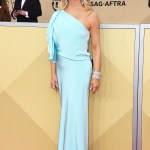 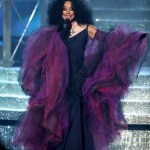 Happy National Grandparents Day! The holiday takes place today, Sept. 9, and we chose to celebrate by honoring all of the stunning grandmothers in Hollywood from Kris Jenner to Goldie Hawn.

National Grandparents Day is today, Sept. 9, which means people everywhere will be spending time with their beloved Nanas and Grandpas. In honor of the holiday, HollywoodLife rounded up photos of some of our favorite famous grandmothers who are still out here inspiring multiple generations of fans – and their own families!

If you think about it, having a famous grandma must be pretty weird. Like, can you imagine calling momager to the goddesses, Kris Jenner, grandma? Well, if you’re Mason Disick then you do! But even Kris decided that she wasn’t a huge fan of the term, so the rest of her nine grandchildren – Penelope and Reign Disick, North, Saint and Chicago West, Dream Kardashian, and Stormi Webster, all know her by a different moniker.

“They call me Lovey,” she revealed in an interview with Daily Mail. “At first I was Grandma, and all of a sudden I didn’t like the way that sounded. My mom had a friend called Lovey and I thought it was the cutest name.” The Keeping Up With The Kardashians star even owns a nameplate necklace with the endearing term on it.

Kris isn’t the only famous grandma who has her grandchildren call her something else. Goldie Hawn, whose daughter Kate Hudson and son Oliver Hudson each have kids of their own, dislikes the term “grandma” because it “had so many connotations of old age and decrepitude.” She instead goes by something far more glamorous. “My son Oliver decided I should be called ‘Glam-Ma,’ which I thought was quite brilliant and made us all laugh so hard,” she said, according to Vogue.

Susan Sarandon‘s grandkids also have a sweet nickname for her. “I borrowed this name from a very dear friend of mine who’s from the South, and his grandma was ‘Honey,'” she told People in 2014. Kris, Goldie and Susan are just a few of the glamorous and beautiful grandmas in Hollywood. Get clicking through the gallery above to see even more! Happy National Grandparents Day!