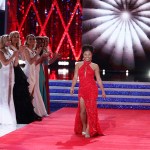 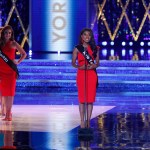 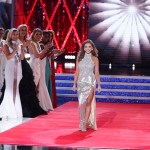 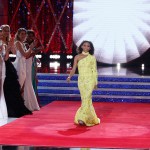 With the talent competition making up 50 percent of Miss America contestants final score, the ladies brought it hard — and Miss Connecticut KILLED IT with her Irish step dancing talent!

The ladies of the 2019 Miss America competition went all-out with their talents, but it was Miss Connecticut, Bridget Oei, who really caught everyone’s eye. Bridget performed an amazing Irish step dancing routine, and had the crowd going nuts! Throughout her dance, Bridget tapped across the stage, and even threw in a little Moonwalk segment. She had a smile on her face the whole time, and kept the energy up throughout her entire performance. AMAZING!

When former Fox News host and former Miss American Gretchen Carlson took over the Miss America competition, she brought some huge changes to the event. She banned the word “pageant” in favor of “competition,” eliminated the swimsuit portion of the event and placed 50 percent of a contestant’s final score based on their talent. That meant the ladies didn’t have to worry about doing a zillion crunches to be their bikini best, but they did have to completely wow the judges — including Laila Ali, Jessie James Decker and Randy Jackson — with some really wild talent.

Many of the contestants showed off their musical chops, either by singing or playing a musical instrument such as a piano or harp. Some of the ladies showed off tap dancing skills while others performed ballet and contemporary numbers. There’s always a handful of ventriloquists in the competition, which begs the question how do they do that!

In the preliminary competition two women in particular stood out and won that round. Miss Florida Taylor Tyson wowed the judges with her classical piano routine while Miss Louisiana Holli Conway thrilled the judges with her vocal performance. A contestant’s talent is getting its biggest component towards winning Miss America in the 97 year history of the competition. Not only did Gretchen eliminate the swimsuit portion, she’s also essentially doing away with the always glamorous evening gown competition, instead allowing contestants to wear whatever they choose, be it a nurse’s uniform or a power suit.