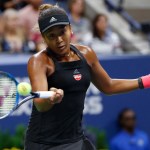 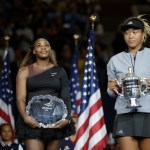 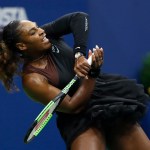 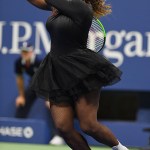 How heartbreaking. Despite her best efforts, Serena Williams failed to win her first Grand Slam since giving birth, falling to Naomi Osaka in the finals of the 2018 U.S. Open!

Once again, Serena Williams, 36, came so close to winning a major tennis tournament, only to have it taken away. On Sept. 8, one year after giving birth to her daughter, the G.O.A.T. faced Naomi Osaka in the finals of the 2018 U.S. Open. In front of a packed house at the Billie Jean King National Tennis Center in Queens, New York, Serena valiantly tried but ultimately, she came up short. The big moment today was when Serena openly clapped back at a ref who accused of her allegedly cheating by getting instruction from her coach on the sidelines. She was penalized after her coach allegedly made hands signals — a violation — and then Serena smashed her racket to the ground — another violation. In response to the violations, Serena yelled at the chair umpire, “You owe me an apology. I have never cheated in my life! I have a daughter and I stand for what’s right for her. I don’t cheat to win. I’d rather lose.”

This loss mirrors a similar defeat Serena suffered in July at Wimbledon. It seemed like she was about to take the iconic tournament, facing her familiar foe, Angelique Kerber, in the finals. After plowing through the competition, it seemed like Wimbledon was Serena’s to lose. Well, she lost it. Serena fell in two straight sets to Angelique, 6-3, 6-3. Despite this, she saw her accomplishment as a win. “It was obviously disappointing but I can’t be disappointed,” she said, per CNN. ”I have so much to look forward to. You know I’m literally just getting started so you know I’m looking forward to it.”

“To all the moms out there, I was playing out there for you today and I tried,” Serena added. “I look forward to continuing to be back out here and do what I do best.” To be fair to Serena, at Wimbledon, it hadn’t been a full year since she gave birth to Alexis Olympia Ohanian. Serena and Alexis Ohanian, 35, welcomed baby Olympia on Sept. 1, 2017, so the fact that she made it to the finals of perhaps the most famous tennis tournament in the world is a huge accomplishment. Similarly, making it to the finals of the U.S. Open, the biggest tennis tournament in America, one year removed from giving birth is also a huge deal.