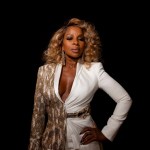 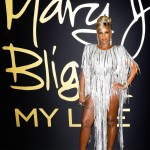 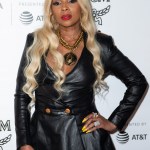 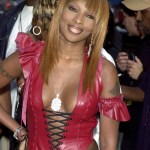 Fans on Twitter claimed that Mary J. Blige and Faith Evans got into a fight hosted by Diddy on Sept. 7, but did it really happen?

UPDATE 2: Mary J Blige confirmed to Page Six on Sept. 10 that the fight rumors were totally “made up.” In fact, she wasn’t even in New York at the time because she was “shooting a movie in Louisiana.” UPDATE: A representative for Faith Evans tells HollywoodLife EXCLUSIVELY that the rumors of a fight are “totally false” and they have “no idea how this rumor started” because “Puffy didn’t even have a party.”

Everyone who checked Twitter this morning woke up to some pretty wild trends. From a fight between Nicki Minaj and Cardi B at a New York Fashion Week event to George Zimmerman allegedly threatening Beyonce, there was a lot to break down. Here, we’re going to dive into one of those trending topics – namely, the alleged fight between Mary J. Blige and Faith Evans.

From what we can gather from fans online, the two singers allegedly got into some sort of altercation at a party in the Hamptons hosted by Diddy. However, no one from the party has confirmed this account, nor posted footage of the supposed incident. There also isn’t any explanation for why they were allegedly fighting and it’s unclear where this rumor even started.

Fans seem to be taking the rumor as fact, though. Twitter user @tigergreen404 wrote, “Mary j blige and Faith Evans just got into a physical altercation at P. Diddys NYFW party.” Others just wanted to know where the video evidence was. “So does anybody have the Mary J and Faith Evans video? Because I need to look at an old school cat fight please,” @small_tash asked.

There were also theories as to why footage hasn’t been shared yet. “I already know that Mary J Blige and Faith Evans video ain’t gon’ pop up because grown folks can’t record nothing right,” wrote another user.

But a lot of people were even more invested with the sheer amount of crazy that supposedly went on last night. Not only did this rumor start trending heavily, but Cardi B threw her shoe at her rap rival during the Harper’s Bazaar ICONS party. The pair were quickly separated, and Cardi later took to Instagram to rant about how Nicki allegedly spoke about her ability to be a good mom to her daughter, Kulture. Yikes!

HollywoodLife reached out to representatives for Mary J. Blige and Faith Evans for comment.