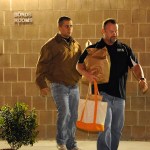 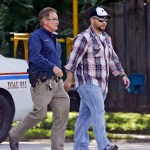 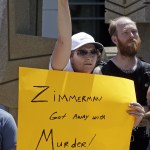 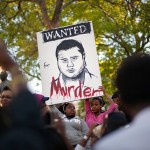 Jay-Z and Beyonce could have a case against George Zimmerman after he allegedly threatened their safety in text messages to a private investigator. Are they fearing for their lives?

George Zimmerman,34, allegedly threatened the lives of Jay-Z, 48, and Beyonce, 37, in text messages to a private investigator after he was contacted to potentially appear in the documentary series, Rest in Power: The Trayvon Martin Story, but neither Bey or Jay are letting it bother them. “Beyonce and Jay-Z think Zimmerman is a nasty piece of work and a bully, but they’re not scared of him or his threats,” a source close to Jay, who executive produced the docu-series, EXCLUSIVELY told HollywoodLife. “Of course they take their security very seriously, especially when it involves anything to do with their children, but they have a trusted and amazing team around them 24/7 anyway, and they didn’t feel the need to increase any security in light of Zimmerman’s threats.”

Although Bey and Jay are not letting George’s words get to them, they are still being smart about things and even let officials know about the alleged threats. “Everything was passed on to the appropriate authorities, and the material will air during the finale of the documentary-series—which, they feel is the best way to deal with people like Zimmerman, expose him for the nasty piece of work that he is, and make as many people in the public arena aware of how unhinged this man is,” the source continued. “They’re both incredibly proud of the Trayvon series, they believe it was essential to shine a light on what they believe is the gross injustice of the situation, and to honor the memory of this poor murdered teenager. As for Zimmerman, Jay is confident that he will get what is coming to him one day, in one way or another, it’s all a matter of karma, and what goes around, comes around—George Zimmerman will get his, it all plays out eventually.”

In some of George’s text messages, he allegedly called Beyonce a “broke whore” and wrote that both Beyonce and Jay-Z will “find themselves inside a 13-foot gator.” The full exchange of text messages are set to appear on the final episode of the docu-series on Sept. 10 at 10 PM EST on The Paramount Network. George was acquitted in the fatal shooting of Trayvon back in 2012 and the docu-series is based on the late teenager’s life as well as what many see as a lack of justice in the case.