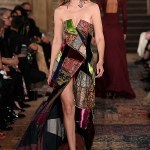 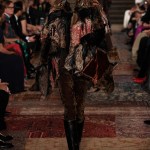 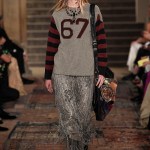 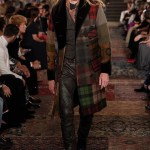 For the major milestone, the legendary designer threw a massive party in NYC’s Central Park. See photos from the beautiful event right here!

It was a night to remember for Ralph Lauren and the millions of celebrities and fans who love him and his designs. On September 7, at Central Park’s Bethesda Terrace, Ralph Lauren threw the party of the year! 500 guests (and many thousands more watching on Twitter and Instagram) experienced a “three act” program. According to the Business of Fashion: “Act 1 is a digitally driven ‘immersion,’ where LED sculptures will display cuts from the designer’s most memorable collection reels. Guests will be led into two T-shaped chambers, where images from advertising campaigns will be projected across the walls, culminating in a series of holograms that tell the brand’s story through Lauren’s own narration.”

Act 2 is a runway show with four distinct lines being showcased. In a move other designers including Tommy Hilfiger have adapted, select pieces on the runway will be available immediately for purchase, online and at retailers like Saks and Bergdorfs. BOF says there will be “150-plus models, who span multiple generations.” We spotted legendary models like Vittoria Ceretti, as well as the hottest models of the moment like Gigi Hadid and Kaia Gerber walking in the anniversary show! Before walking, the two supermodels even shared videos backstage to Ralph Lauren’s Instagram Story. They were brief, as Gigi said they were late for rehearsals!

Act 3 was a sit-down dinner, with beef being flown in specially for the party from Ralph’s ranch in Colorado. With the A-list guest list, ridiculous runway and gorgeous setting, we think this 50th anniversary party will go down in fashion history! Among the party guests, we spotted stars like Kanye West, Blake Lively and Anne Hathaway. All three donned tuxedos, each with their own unique twist. We especially admired Blake’s take on formal wear, who looked like a posh circus ring leader with her top hat and Christian Louboutins! The newly engaged couple Priyanka Chopra and Nick Jonas were also in attendance, to our delight~ Now, head to our gallery above to see even more celebrities and the runway’s best outfits. And stay tuned for more runway recaps from New York Fashion Week.