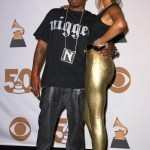 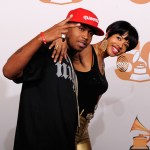 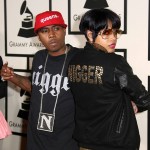 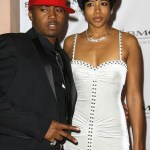 Nas took to Instagram to slam his ex Kelis in shocking posts on Sept. 6. He accused Kelis of denying him from seeing their son and ‘painting a bad picture’ of him. He also blasted her allegations that he was abusive.

The ongoing custody battle between exes Nas, 44, and Kelis, 39, took yet another turn on Sept. 6. The rapper went off on his ex-wife in a rant that consisted of 7 lengthy Instagram posts. He titled his first Instagram message: “The Price I Pay To See My Son.” Kelis and Nas have a 9-year-old son named Knight. Nas called out Kelis for “exploiting some people’s Real struggle and pain…just to get at me….to get attention ? Fame? Another fight against men? We are a human family and we should be better examples for our son. Why is there even a issue for me to have time with my son. A son needs his father.”

Nas revealed that he is fed up with Kelis allegedly trying to paint him in a bad light. “There’s some seriously crazy things I won’t I disclose for our son’s sake,” Nas wrote. “Because you keep my son from me I’ve been going thru [sic] lawyers to stop you from this bullshit I’m tired of it. I’m tired of you painting a bad picture of me.” He continued: “And I’m no longer allowing you to take advantage of the fact that I did not want to respond in a manner that could affect my kids , friends or family publicly. THAT ENDS TODAY.” The rapper noted that he’s “hardly allowed to talk to him [his son, Knight] on the phone. Ever.”

Nas is now refusing to stay quiet about what allegedly went down with his ex-wife. He wrote: “After 10 years of keeping my silence during a decade of dealing with very hostile behavior and verbal abuse and even your stepfather holding you back from one of your physical violent Attacks on me right outside your house THIS YEAR while trying to pick up our son while he watched from the window, it was my weekend and you denied me that because your parents were in town. I just went home. This has been my life for my son’s entire life. Even our son wonders why you treat me the way you do?”

Kelis claimed Nas was abusive towards her in an explosive April 2018 interview with Hollywood Unlocked. “Did he hit me?…..Mmm hmmm,” she said in the interview. “Did I hit him back?…..Mmm hmmm.” The singer said she had “bruises all over my body” at one point. Kelis filed for divorce when she was 7 months pregnant with Knight. Nas is now denying those allegations of abuse. “I do not beat women. I did not beat up my ex wife. Stop. You got beat up in court.” HollywoodLife has reached out to Kelis’s rep for comment.