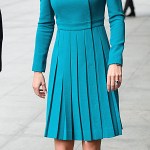 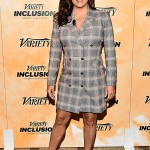 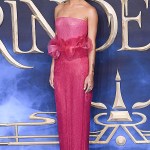 From the Venice Film Festival to Fashion Week, stars stunned in sequins, gowns and barely-there looks. See the best dressed stars of the week right here!

Kate Beckinsale, 45, wore a sexy, scandalous outfit by Julien Macdonald at the GQ Men of the Year Awards in London on Sept. 5. She works with one of our favorite trainers, Gunnar Peterson, and their hard work is paying off! Another super sexy star who wore a hot Julien Macdonald dress this week was Olivia Culpo at the E! Entertainment, Elle and IMG Kick-Off Party during New York Fashion Week on Sept. 5. Get ready for the runway! Selena Gomez wore a silk dress from her Coach collaboration in L.A. on Sept. 5. The dress is just under $500 but you can get the look for less here.

Cate Blanchett was gorgeous in green, wearing a ruffled Gucci dress at The House with a Clock in its Walls world premiere in London on Sept. 5. Natalie Portman also wore Gucci at the Vox Lux premiere during the 75th Venice International Film Festival in Italy on Sept. 4. Also at the festival, Dakota Johnson wore Dior at the Suspiria premiere on Sept. 1. Naomi Watts was stunning in a black sequin dress at The Nightingale premiere in Venice on Sept. 6. See all the best dressed looks in the gallery that is showcased above and check back every Friday for the best dressed stars this fall.

Tyra Banks wowed in a red sequin dress at an America’s Got Talent screening in Los Angeles on Sept. 4. Back on the east coast, Bella Hadid wore Dior in New York on Sept. 5 for an event at Sephora, debuting Dior’s new Backstage Collection. Lucy Hale wore a ruched skirt at AOL Build Speaker Series in New York on September 5.