As if joining the cast of ‘RHOBH’ wasn’t exciting enough for Denise, she reportedly just got engaged. What a year!

Sounds like congratulations are in order! Denise Richards, 47, has been dating Aaron Phypers since 2017, and the actor reportedly just got down on one knee! What was the occasion? He’s especially ready to spend his life with Denise now that his divorce from Desperate Housewives star Nicolette Sheridan has been finalized. The two were separated for two years and only married for six months.

“The engagement has been a long time coming,”a source close to the couple told People. “He moved on from his past relationship a long time ago, and marrying Denise is a welcome new chapter for both of them in different but equally significant ways. The two of them are very happy and have settled into life with one another, so now they’re pretty focused on getting this very intimate ceremony off the ground. They’re just ready to start their married life together.” Denise and Aaron are looking to have an intimate ceremony exchanging vows with their loved ones, the insider added. Since both of them have tied the knot before, the pressure’s off when it comes to wedding planning. Maybe this means they’ll get married sooner rather than later!

If that’s so, this will be a huge year for Denise, who was cast as the newest member of Real Housewives of Beverly Hills in August. But how does her hubby-to-be feel about his future wife living her life out on camera? 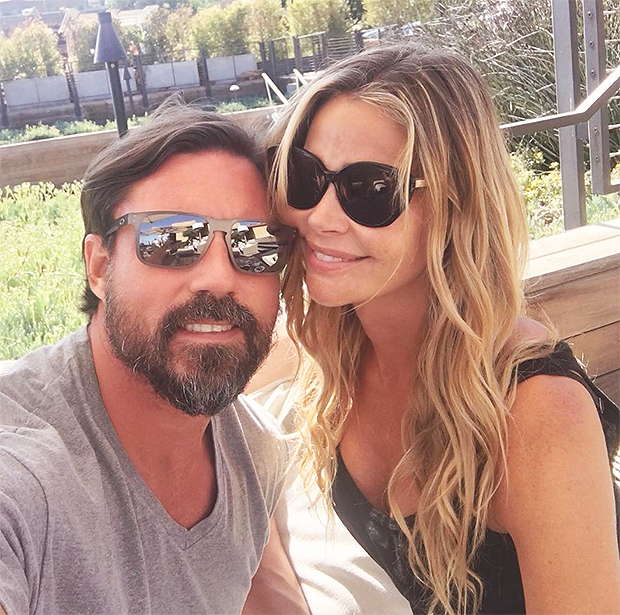 “She and Aaron are extremely happy, and he’s definitely game with her on-camera persona,” the same source said. “He’s on board with the drama that the show might bring, and Denise is a total pro with this. She’s done it before and knows how to navigate life on and off camera even when the show gets blurred with reality. He seems to care for her in a real way and is up for whatever she throws at him and vice versa. They’re a good team.” Aw!

Denise was previously married to Charlie Sheen, 53, from 2002 to 2006 and had two daughters with him, Sam and Lola. Five years after their marriage, she adopted Eloise as a single parent. Judging by Denise’s Instagram, Aaron hangs with her three daughters and seems crazy excited to officially be a member of their family. We’ll be keeping an eye out for the couple’s engagement confirmation!