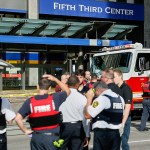 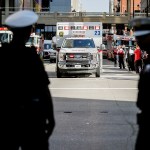 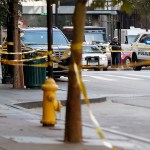 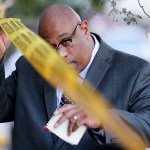 Four people are dead, including the alleged gunman, and two wounded after a shooting at Fifth Third Bank in Cincinnati, according to authorities. We have more details here.

A gunman fatally shot three people at Fifth Third Bank in downtown Cincinnati on September 6 before being killed, local authorities said. Two people were also wounded, but the nature of their injuries is unknown. The unidentified suspect went to a loading dock and fired shots before entering the lobby of the bank, where they encountered officers, according to NBC News. Police said that the situation was under control shortly before 10:00am ET, but they are still investigating.

Cincinnati Police Chief Eliot K. Isaac said at a news conference that a weapon was recovered from the scene, but did not provide any information about the suspect’s identity or their possible motive. It’s unclear at this point if the shooter took their own life or was killed by an officer. No officers were killed or injured.

The victims have not been identified. UC Medical Center in Cincinnati tweeted that it had received four of the victims — three men and one woman. Two have since died, while one remains in critical condition. The other is still in serious condition. “Our physicians and staff are focused on caring for the patients and their families. We prepare for situations like these and hope they never happen,” the hospital tweeted.

Cincinnati Mayor John Cranley said that the gunman was “actively shooting innocent victims” and that it was a “horrific” and “grotesque” scene. He noted that it “could have been much, much worse” if not for the quick police response to the shooting.