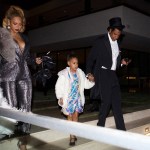 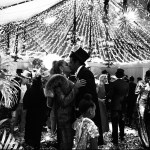 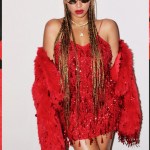 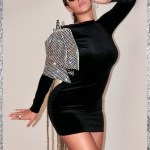 Beyoncé celebrated her 37th birthday in the best way! She blessed fans with a TON of pictures from the past year, and it might be the most intimate look at her life yet!

Beyoncé knows how to do it big, especially when it comes to birthdays. The singer turned 37 on Sept. 4, and she used the opportunity to share a series of special moments with her fanbase, the Beyhive! Visitors to Bey’s website, are greeted with a plethora of glamorous pictures from the singer’s life, which include intimate memories of her and hubby Jay-Z, images from the On The Run Tour, and of course, their adorable daughter Blue Ivy. Whoever has been snapping these photos of Beyoncé and her family has been very busy. There are hundreds of them to scroll through!

In one photo, Beyoncé strikes a pose on a set of stairs, looking incredibly fierce! Queen Bey is wearing a sequined dress in the snapshot, along with pink cat eye sunglasses, and she looks like a total rockstar! The singer is dishing some serious attitude in the photo, and looks like a total boss. The thigh-high black boots she added to her look only set the photo on fire even more, and it was the perfect photo to prove that she is forever young!

In another memory the star shared, she is seen kissing her hubby, and the moment is truly heart-melting! The black and white image captures the famous couple leaning in for a big smooch, as daughter Blue Ivy stands beside them. There are dozens of other people in the room, but it looks like Beyoncé and Jay-Z only have eyes for each other!

The most touching part of Beyoncé’s birthday post, was the letter she wrote to fans. Her site starts off with a meaningful message, penned by the “Formation” singer herself. “At 36, I became a mother of three, I breastfed twins. I renewed vows with my husband of ten years,” she writes, referencing her babies Sir and Rumi Carter. “I came back home to the stage to do Coachella, after pregnancy. Then my husband and I released our album together, Everything Is Love. And we’ve been touring with our whole family around the world, and loving it,” the post read.

“This year has been monumental for me. I thank God for everyone in my life,” she wrote. “Thank you for all the positivity and for the beautiful birthday wishes. I’m looking forward to continuing to learn from my past, living in the present, and surrendering to the future,” Beyoncé continued. We are seriously crying some happy tears over here!”

It’s hard to believe Beyoncé has officially entered her late thirties. She looks incredible! In every photo she shared, the stunning star looks more like 27 than her actual 37-years-old. Be sure to catch all of the best photos that Queen Bey shared in the gallery above!