Wilmer Valderrama was photographed out and about with Monica Alvarez on Sept. 4, sparking rumors of a romance between the two. The actor and model were never caught in the same frame, meaning they kept a distance from each other, and left their evening out in separate cars. Plus, Monica also made it clear to photographers that the pair was not on a date, according to The Blast. However, it’s impossible not to notice that she bears quite a resemblance to Wilmer’s ex, Demi Lovato.

The two split in 2016 after dating on and off for six years. However, they remained good friends, and when Demi’s life spiraled out of control earlier this summer, Wilmer was by her side. The pop star relapsed this year, and terrifyingly overdosed at the end of July. She was rushed to the hospital, and along with family members, Wilmer was one of the first people by her side. It sparked speculation that the two might be getting back together, but as Demi continues her latest stint in rehab, it seems that Wilmer is continuing to move on with his life.

More than a week after her overdose, Demi released a brave statement updating fans on her condition and thanking them for sticking by her. However, since then, she has stayed off social media and is focused on getting the help she needs. Plus, she’s writing tons of new songs about what she’s went through. 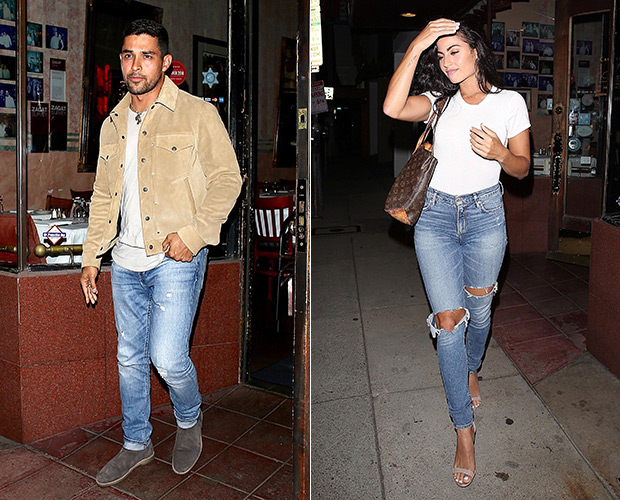 “Demi’s brush with death has inspired all kinds of new music,” an insider told HollywoodLife EXCLUSIVELY. “She is doing so much better and channeling her energy in a positive way.” We hope Demi takes all the time she needs to recover, but we’ll be patiently waiting for that new music!