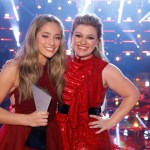 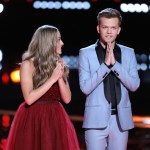 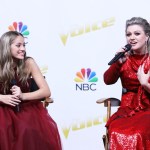 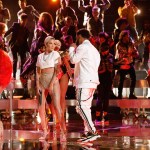 The premiere of ‘The Voice’ season 15 is right around the corner, and HollywoodLife has an EXCLUSIVE video of Kelly Clarkson and season 14 winner Brynn Cartelli reflecting on the Blind Auditions. Watch now!

Kelly Clarkson, 36, knew there was something special about Brynn Cartelli, 15, from the moment she heard the teen’s incredible vocals during The Voice’s Blind Auditions in 2017. “Brynn, first and foremost, she was my first chair turn ever on The Voice, and I did it because of her tone,” Kelly says in our EXCLUSIVE video. “Her tone was so beautiful and undeniable, and then I turned around and she happened to look like a real living Elsa. It didn’t hurt. I was like, ‘Gah, you’re like a perfect package!'”

Brynn admits that she “no expectations of ever turning a chair” going into the Blind Auditions. She was a little starstruck when she caught a glimpse of Kelly for the first time. “I remember walking out onto the stage after the doors opened and the chairs were turned away and I saw Kelly’s hair,” Brynn admits. “I was like, Oh my, God. That’s Kelly. There she is.'” Brynn gushes that Kelly is “someone I’ve looked up to and idolized since I was 5. I didn’t know what to expect from her as a coach. But now we’re friends and I love her and she’s succeeded everything I could have ever imagined.” Their friendship is the epitome of #GOALS!

Kelly also notes in our EXCLUSIVE video: “It wasn’t a secret on set that I thought Brynn could win the show. She’s such a beautiful person and character and everything, but her voice is undeniable.” She was right! Brynn went on to win season 14 at just 15 years old. The Voice season 15 premieres Sept. 24 at 8 p.m. on NBC. Kelly will be returning as a coach, alongside Jennifer Hudson, Adam Levine, and Blake Shelton.