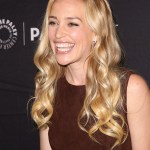 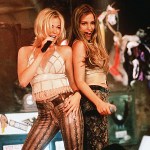 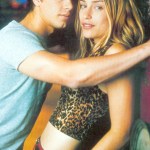 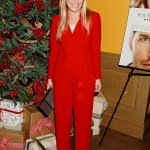 Oh no! Actress Piper Perabo showed up to Brett Kavanaugh’s hearing on Sept. 4 in order to protest his potential seat on the U.S. Supreme Court, but was arrested in the process.

She can’t fight the moonlight, but Coyote Ugly star Piper Perabo, 41, is down to fight for her political beliefs. The actress was arrested after attending the Sept, 4 confirmation hearing of Supreme Court nominee Brett Kavanaugh. A video of the incident shows Piper, among others, shouting to express their disdain for the Donald Trump backed nominee. Piper was placed in handcuffs after being charged with disorderly conduct, but she wasn’t the only one. A whopping 22 people were arrested during the highly publicized event!

The heavily protested hearing, held in Washington D.C., was controversial mainly due to Brett’s extreme Republican beliefs, as well as the fact that the Trump Administration withheld the majority of his White House records, with only approximately 7% of documents being available to the public. Piper showed up and was not afraid to let her voice be heard! In a Twitter video Piper shared of the incident, numerous women stand up to interrupt the hearing, and loudly proclaim their opposition to Brett’s placement on the Supreme Court. “Please Vote No!” several are heard screaming before being whisked away by police.

“I was just arrested for civil disobedience in the Kavanaugh hearings,” Piper started her Tweet off by saying. “Many citizens before me have fought for the equal rights of women. I can’t be silent when someone is nominated to the Supreme Court who would take our equal rights away.#StopKavanagh,” she added in her post. Piper tweeted the video out shortly after her arrest. This is not the first time the Covert Affairs actress has been seen publicly pushing her political beliefs. She previously turned out to a protest in front of Trump Tower, to support of the DACA Program, when the President was attempting to shut it down. Plus, she stays heavily politically active on Twitter, where she often retweets political stories, and shares thoughts with fans.

I was just arrested for civil disobedience in the Kavanaugh hearings.

Many citizens before me have fought for the equal rights of women. I can’t be silent when someone is nominated to the Supreme Court who would take our equal rights away.#StopKavanaghpic.twitter.com/f3SG7gmVam

At this time, it remains unclear whether Piper was released from custody – but we’ve got nothing but respect for this Hollywood starlet turned political activist!